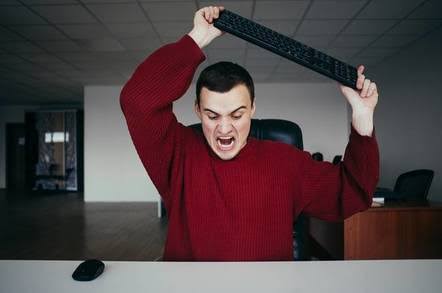 SAP German-SAP’s German customers are using a meeting in Nuremberg to complain the company should be doing more to make its products usable.

The overwhelming message was that many in the group do not have a lot of faith in SAP.

The survey found: “Only 24 per cent of DSAG members feel well-informed by SAP. 45 per cent partly trust [its] product strategy, while 30 per cent of users have no confidence in it.”

Customers have some robust advice as to how SAP could improve.

Barriers to this are not all the fault of SAP: a lack of staff and money was blamed by 42 per cent of those surveyed and an under-developed digital corporate culture was mentioned by 38 per cent.

Over half of projects fail to be implemented successfully, either for technical or organisational reasons.

Customers complained in the study that as they increasingly use SAP within hybrid environments, the biz software provider needs to improve and simplify licensing agreements.

The survey was carried out online over the summer in Germany, Austria and Switzerland, with over half of respondents – of a total of 271 – working at firms with between 500 and 5,000 employees.