Workday and the evolution of ERP Featured 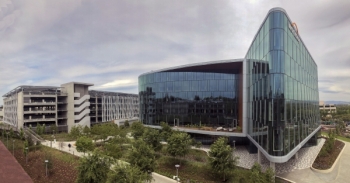 The Evolution of ERP-ERP has come a long way since it was flavour of the decade in the 1990s. Enterprise Resource Planning was the name given to software suites that handled an organisation’s core activities – finance, manufacturing, distribution, etc.

The biggest vendor was German company SAP, still a market leader. But, like most technologies, ERP has evolved. On the cusp of the 2020s the enterprise applications scene looks very different than it did twenty or thirty years ago.

The most important change has been the move to the Software-as-a-Service (SaaS) model. Many organisations resisted moving mission-critical applications to the cloud. But as the technology has improved concerns about security and performance have largely disappeared, and the imperatives for cloud are now hard to argue with.

SAP and Oracle and other ERP vendors have been making the transition from selling on premise packaged software to cloud-based applications sold on a subscription basis, but the inertia of their large installed base has made this a difficult process. They are being challenged by newer vendors who have been cloud-based from the start and who come without this legacy baggage.

One such vendor is Workday, which has become one of the fastest-growing software companies of the last decade. Founded in 2005, its growth has accelerated since it went public in 2012. It is now pushing US$3 billion in annual revenues.

Workday is located on the west side of San Francisco Bay, about halfway between San Jose and Oakland. Earlier this year it moved into a futuristic new HQ building (pictured), consolidating employees who were spread across a number of buildings in the area.

Workday is particularly interesting because it also demonstrates one of the other major evolutions in enterprise application software – the rise of what has come to be called Human Capital Management (HCM). As its name suggests, HCM has to do with an organisation’s people – its human capital.

As the economy continues to evolve away from manufacturing and towards service-based industries, an organisation’s people and the way they are managed are becoming much more important. HCM software integrates the traditional functions of HR and payroll with the finance function, bring new functionality to how people are trained and managed.

Manufacturing In An Age Of Uncertainty