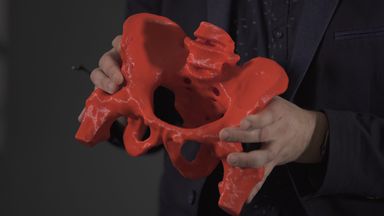 Big Data Surveillance- So, did they or didn’t they?

Actually, it doesn’t matter. The important point is that people immediately suspected that they might have done. The benefit of the doubt was in short supply despite Facebook’s categoric denials: “The 10-year challenge is a user-generated meme that started on its own, without our involvement,” they said. “It’s evidence of the fun people have on Facebook, and that’s it.”

The world of Big Data has clearly changed in the last year. Cambridge Analytica lifted the gargantuan rock, and brighter light than ever before came shining down on the ugly world of data-trading. And 2018 has also been the worst year yet for data breaches. Thousands of incidents. Billions of records. As IoT multiplies many times over the numbers of data capturing and storing devices in the world, it’s not going to get any better. Let’s face it, we can’t secure the devices and the data we have now.

In light of Cambridge Analytica and its alleged links to Russia and the Brexit and Trump campaigns, it became clear that data exploitation was a loose thread that starts small until you keep pulling and pulling and pulling. In a world of connectivity, a few hundred thousand individuals opened the floodgates to tens of millions of people. We will not soon forget the tortuous sight of Facebook CEO Mark Zuckerberg in front of Congress in April, his very public summons to the principal’s office.

“How do you maintain a business model in which users don’t pay for your services?”

“What about the part people are worried about, not the fun part?”

“Are you willing to expand my right to prohibit you from sharing my data?”

“Yes or no. Will you commit to changing all the user default settings to minimize to the greatest extent possible the collection and use of users’ data?”

Zuckerberg answered each of these questions carefully, as one should when tip-toeing through a minefield.

Harvard professor Shoshana Zuboff has dubbed Big Data’s business model ‘surveillance capitalism’. “Nearly every product or service that begins with the word ‘smart’ or ‘personalised’, every internet-enabled device, every ‘digital assistant’, is simply a supply-chain interface for the unobstructed flow of behavioral data on its way to predicting our futures in a surveillance economy,” she told the Guardian’s John Naughton.

How Do I Look Now?

The first social media bandwagon of 2019 looked like more of the same, no different to buckets of icy water or blindfolded teens crashing around their living rooms. Following in the wake of a tidal wave of celebrities, Facebook registered more than 5 million engagements over the course of three days, according to Talkwalker, as people queued to share photographic evidence of their aging since 2009. But then that tweet from Kate O’Neil went viral, sarcastically (her word) asking “how all this data could be mined to train facial recognition algorithms on age progression and age recognition?”

Maybe we’re changing. Maybe the toddler has learned from experience that the stove gets hot.