Why does the internet keep breaking? 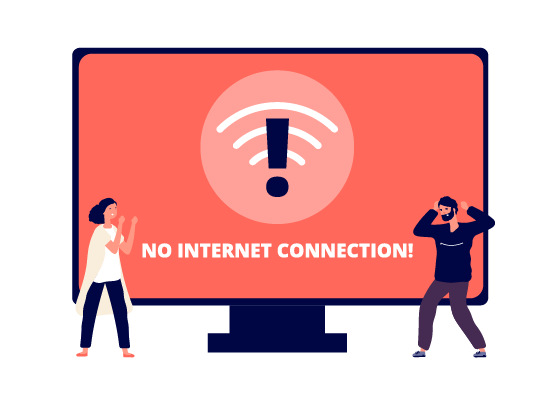 I doubt Mark Zuckerberg reads the comments people leave on his Facebook posts.

But, if he did, it would take him approximately 145 days, without sleep, to wade through the deluge of comments left for him after he apologised for the meltdown of services last week.

Facebook blamed a routine maintenance job for the disruption – its engineers had issued a command that unintentionally disconnected Facebook data centres from the wider internet.

The messages ranged from the amused: “It was terrible, I had to talk to my family,” commented one Italian user, to the confused: “I took my phone into the repair shop thinking it was broken,” wrote someone from Namibia.

And, of course, the very upset and angry: “You cannot have everything shut down at the same time. The impact is unprecedented,” one Nigerian businessman posted. Another from India asked for compensation for the disruption to their business.

What is clear now, if it wasn’t obvious already, is just how reliant billions of people have become on these services – not just for fun but also for essential communication and trading.

What is also clear is that this is far from being a one-off situation: experts suggest widespread outages are becoming more frequent and more disruptive.

“One of the things that we’ve seen in the last several years is an increased reliance on a small number of networks and companies to deliver large portions of Internet content,” says Luke Deryckx, Chief Technical Officer at Down Detector.

“When one of those, or more than one, has a problem, it affects not just them, but hundreds of thousands of other services,” he says. Facebook, for instance, is now used to sign-in to a range of different services and devices, such as smart televisions.

“And so, you know, we have these sort of internet ‘snow days’ that happen now,” Mr Deryckx says. “Something goes down [and] we all sort of look at each other like ‘well, what are we going to do?'”

Mr Deryckx and his team at Down Detector monitor web services and websites for disruption. He says that widespread outages affecting major services are becoming more frequent and more serious.

“When Facebook has a problem, it creates such a big impact for the internet but also the economy, and, you know… society. Millions, or potentially hundreds of millions, of people are just sort of sitting around waiting for a small team in California to fix something. It’s an interesting phenomena that has grown in the last couple of years.”

How to Get the Most Out of Your Internet Provider

What Is The Use of Ad Maker For Online Marketing