Why Big Data Keeps Getting Bigger 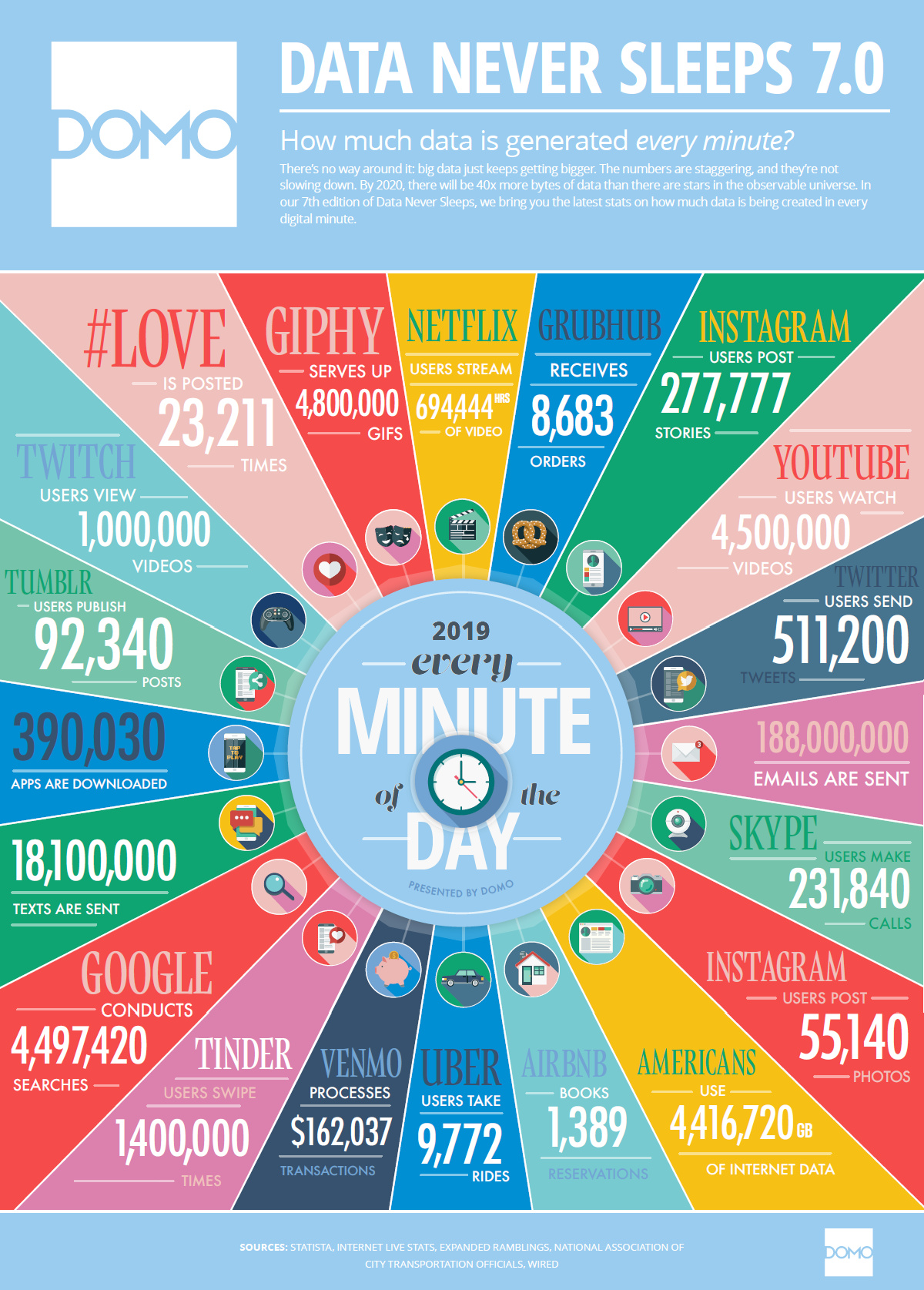 Why Big Data Keeps Getting Bigger

The sun never sets on the creation of new data.

Yes, the rate of generation may slow down at night as people send fewer emails and watch fewer videos. But for every person hitting the hay, there is another person on the opposite side of the world that is turning their smartphone on for the day.

As a result, the scale of data being generated—even when we look at it through a limited lens of one minute at a time—is quite mind-boggling to behold.

The Data Explosion, by Source

Today’s infographic comes to us from Domo, and it shows the amount of new data generated each minute through several different platforms and technologies.

Let’s start by looking at what happens every minute from a broad perspective:

Now lets look at platform-specific data on a per minute basis:

Imagine being given the task to build a server infrastructure capable of handling any of the above items. It’s a level of scale that’s hard to comprehend.

Also, imagine how difficult it is to make sense of this swath of data. How does one even process insights from the many billions of Youtube videos watched per day?

Why Big Data is Going to Get Even Bigger

The above statistics are already mind-bending, but consider that the global total of internet users is still growing at roughly a 9% clip. This means the current rate of data creation is still just scratching the surface of its ultimate potential.