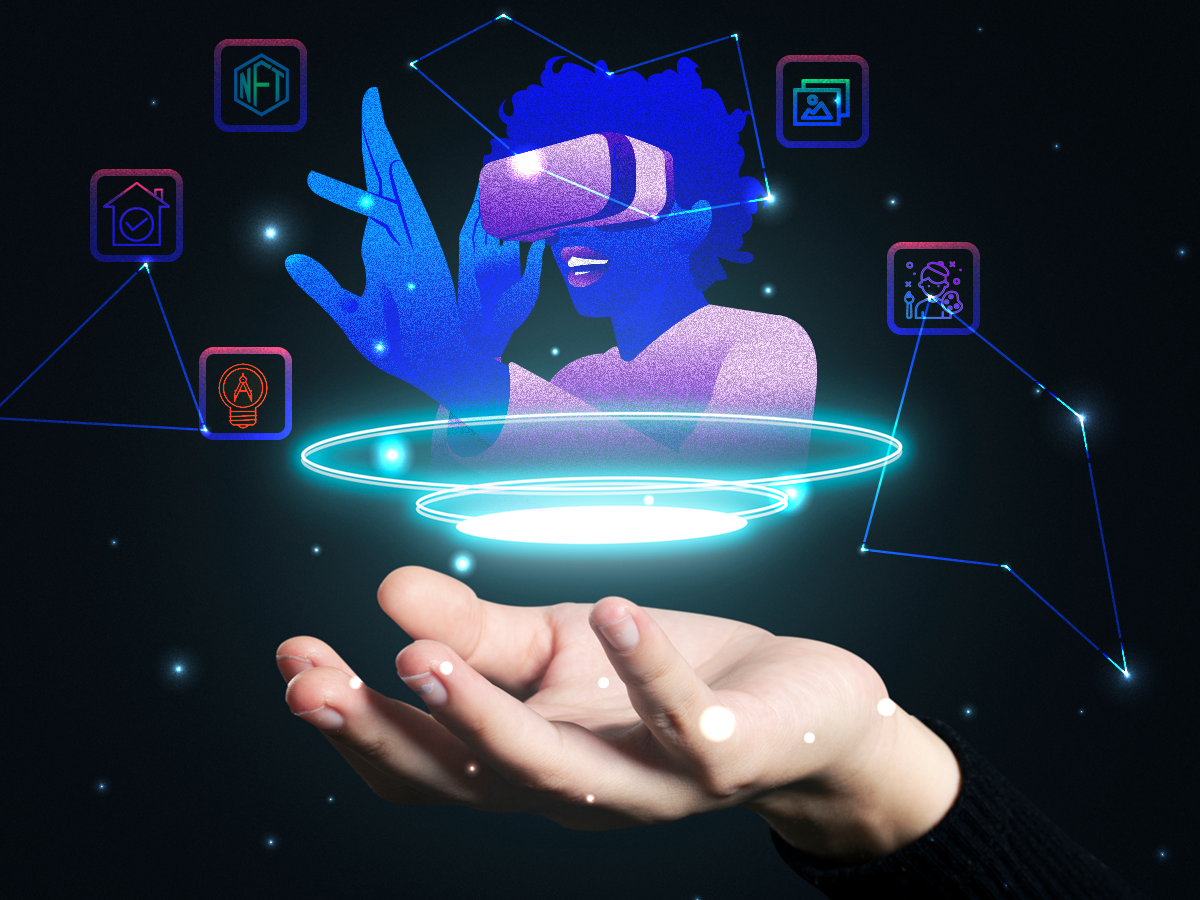 The metaverse was first mentioned in the 1992 novel Snow Crash by Neal Stephenson. In simple terms, the metaverse is an online, 3D universe that combines various virtual spaces and allows users across the globe to meet, chat, work, and play games together. Here’s all you need to know:

Betting on the future of the social media giant, Zuckerberg’s move revealed that constructing a metaverse could help Facebook to go far beyond its current scope of building a set of social apps.

Not only did the announcement make global headlines and spark debate, but it also renewed the interest in the metaverse and what it really is.

Here’s all you need to know about the metaverse:

The concept was first mentioned in the 1992 science-fiction novel Snow Crash by Neal Stephenson.

In simple terms, the metaverse is an online, 3D universe that combines various virtual spaces. This 3D universe will allow users across the globe to meet, chat, work, and participate in games together.

The metaverse will be driven by augmented reality (AR) and virtual reality (VR), with users controlling their own digital avatar(s).

For instance, in the metaverse, you could use a VR headset to take a fully immersive meeting in a virtual room, with the digital avatars of other attendees sitting on the same 3D table. Then, you could log off work, and use the same headset to join your friends in a blockchain-based VR game where your group goes on an adventure to hunt for treasure.

And when you do find treasure, it is converted into cryptocurrency and added to your wallet. Whenever you’d like, you could spend your crypto inside the game to buy a rare item or a sleek outfit for your digital avatar. You could even use it to buy a piece of virtual land and rent it out for online events.

The pieces of the puzzle

While such a metaverse isn’t yet in existence, the pieces and platforms required to build such a world are taking shape.

Blockchain-based, metaverse-like apps such as Axie Infinity, Decentraland, and SecondLive already exist. These are online games that allow users to perform a range of actions such as play-to-earn, buy and sell virtual land, and more.

At present, these games provide the closest metaverse experience, alongside other popular virtual world-based apps such as Fortnite and Roblox.

For instance, Roblox players are not forced to follow a fixed storyline. Instead, they can attend or host meetups and other events. According to reports, people spent nearly 10 billion hours playing Roblox in the first quarter of 2021, with over 42 million users logged in every day.

However, experts argue that any centralised entity’s vision for the metaverse – a top-down control of its virtual spaces – is the opposite of what the metaverse should be.

Jerod Venema, Founder and CEO of real-time video communication company LiveSwitch, argued in a post on VentureBeat that everything Facebook does is “inside a closed experience controlled by their engineers and admins.”

“Zuckerberg probably sees this metaverse expansion as a way to fully immerse his userbase into Facebook, and get even more data and dollars from them,” he wrote.

Five platforms that deploy high-potential technology for ease of operations