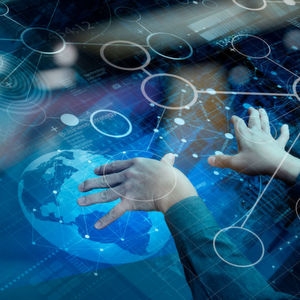 What is Big Data Analytics- There’s no way around Big Data anymore. Nevertheless, many companies are still hesitant to address this topic. Read here what Big Data means, which concrete application scenarios exist, and which trends experts predict for Big Data technologies – including practical examples.

The origin of the term Big Data: Big Data is used to describe large amounts of data that consumers, users, and companies generate on a daily basis. At the consumer level this includes data on online search behavior, transaction data or data on purchasing behaviour and, at the company level, production or transport data. Based on these large amounts of data, intelligent software solutions such as the Blockchain can be used to make predictions and identify important facts.

Chip.de provides a slightly different approach to defining Big Data: “A large amount of data is called Big Data if it is too large or too complex to be processed manually. This applies in particular to data that is constantly changing.”

Rarely has there been such great consensus about a statement between politics, business and society in general: Data is the raw material of the future. Digitalisation has turned almost every company into a collector and user of Big Data. This applies in particular to logistics, which has always dealt to a large extent with the gathering of information and the resulting conclusions.

When it comes to big data and logistics, the first thing often thought of is trade and transport, where e-commerce giants like Amazon & Co. have long been using their own software to evaluate their customers’ data as comprehensively and precisely as possible. But it applies equally to intralogistics. In this area, too, huge amounts of data are generated, which – if used correctly – lead to a significant increase in efficiency and enable completely new business models.

Big Data offers promising prospects. However, the corporate world often plays by different rules than the digital society. According to the Building Trust in Analytics study, conducted on behalf of KPMG by Forrester Consulting which surveyed decision-makers in more than 2,000 companies in ten countries worldwide, 52 % of companies in Germany worry that data analysis and the use of Big Data could damage their own reputation. Worldwide, the figure is as high as 70 %.