WHAT ARE THE BEST PROGRAMMING LANGUAGES FOR ARTIFICIAL INTELLIGENCE 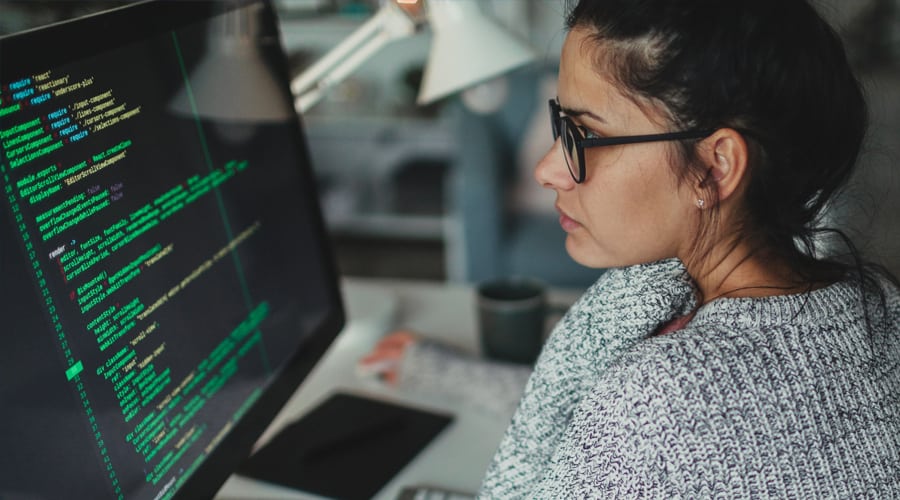 Artificial intelligence is imperative for digital transformation and the best programming languages for developing AI include Python and Java.

PROGRAMMING LANGUAGES FOR ARTIFICIAL INTELLIGENCE- Industries have started their journey towards digital transformation and automation, and artificial intelligence is one of the best travel companions they can have on this journey. Now many of you might wonder about the fear looming over AI. Well, don’t you think everything has two sides? Even though AI has its flaws, it is nothing to be feared. The abundant advantages of AI overpower its mere flaws to provide the best business solutions with maximum precision. Adopting AI into your business operations can increase efficiency, agility, and reduce costs. According to Fortune Business Insights, “the global AI market was valued at USD 27.23 billion in 2019 and is projected to reach USD 266.92 billion by 2027, exhibiting a CAGR of 33.2% during the forecast period.”

Artificial intelligence has the prospects of replicating human intelligence in the future. AI is a potential business developer and hence, many might want to understand AI. For efficiently building AI systems one should know at least one programming language and let us make the decision easier for you. Here are some of the best programming languages you can choose from to understand and develop an AI system.

Python is the ideal coding language used for machine learning, NLP, and neural network connections. Python can be used even if you are new to AI development since it is flexible and comes with pre-existing libraries like Pandas, SciPy, and nltk. Python language is lauded for its simple syntax and minimal codes. According to a Forbes article, “Although, Python has proven to be effective for a myriad of other areas, such as building websites and creating scripts for DevOps, yet it is with AI/ML where the language has really shined.”

Python uses readable keywords, provides object-oriented-programming, and can be integrated with other languages like Java. The development speed of Python is comparatively faster and allows algorithm testing without actually running them. The python libraries Numpy can be used for scientific computation and PyBrain for machine learning.

One of the oldest programming languages, Prolog or logical programming is a powerful framework that works with three elements- facts, rules, and goals. A developer should define all three elements and then Prolog establishes relations between them to reach a certain conclusion by analyzing facts and rules. Here, the implementation of algorithms happens through logical inferences and searches and this language is great for developing AI systems since the solutions are logical and not just based on pre-existing statements. Prolog is best for creating chatbots, voice assistants, and graphical user interfaces (GUI).

LISP or list processing was created in 1958 by John McCarthy that is suitable for AI development. LISP is flexible and adapts to the solution and can be effectively used for machine learning. LISP is known for rapid prototyping and the dynamic creation of new objects. Although LISP is not popularly used now since the codes are harder to learn and it does not have good libraries.

Java is one of the popular programming languages which has a multitude of open-source libraries. Java is user-friendly and provides an independent platform and hence is considered good for developing AI. This is a standard and flexible programming language that offers easier debugging of codes, scalability, the ability to support large-scale enterprises, and graphical representation of data. Java is easy to learn, versatile, and its Virtual Machine Technology enables the development of AI language on different platforms.