Companies can explore different options for smart lighting, HVAC, and security systems to cut down on operating costs. 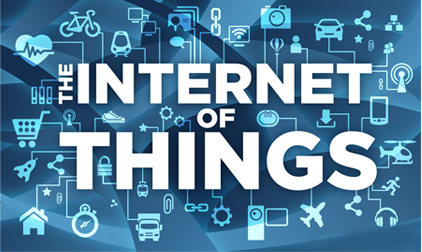 The Internet of Things (IoT) has spread to office buildings around the world: 35% of companies said they are currently gathering or have plans to gather data on their building about lighting, HVAC, and system controls, according to 451 Research.

The no. 1 priority for building-level IoT is optimizing operations (76%), including through preventative maintenance and reducing downtime, 451 Research found. The second priority is reducing risk (61%), through compliance or security, perhaps with security badges, video cameras, and field analytics.

The top IoT project in professional buildings is lighting, according to Christian Renaud, research director of the IoT practice at 451 Research. Companies looking to move to LED lights often come across smart lighting options, such as lights that turn on with motion detection, or those that interact with an employee’s phone so that when they enter their office, a certain light setting comes on, Renaud said.

HVAC, building management systems, and security access control IoT projects are also common in offices. Security might include location tracking for safety, or offering company network access that differs depending on where you log in from, Renaud said.

Other projects depend largely on industry; for example, many grocery store chains have added IoT sensors to refrigerators, which are costly to keep running.

Oxford Properties Group installed smart meters in its office management platform at its commercial 480,000-square-foot property in Washington, DC, and discovered a small error that had compounded into a larger problem over time, according to property manager Rachel Sinaiko. Three cooling tower meters were being measured in gallons, but employees were reading them in cubic feet, distorting their costs. By fixing the verification system that’s carried out on the back end, they immediately identified a $30,000 savings.

Despite the potential for cost savings, “we’re in the very early stages of smart buildings,” said Mark Hung, research vice president at Gartner. “Companies are still exploring the right technology to employ, but also the right business model.”

Again, consider smart lighting, Hung said. From a business model perspective, there are several ways to approach it: A company can invest in revamping their lighting infrastructure and recoup the costs in energy savings over a number of years. Or, some vendors offer a pay-as-you-go model, wherein the vendor pays at least part of the cost of deploying the smart lighting solution, and then gets a portion of the savings your company sees from that solution.

“People generally are not optimizing their energy expenditures,” Hung said. “There’s probably always ways to save, whether on lighting or heating or cooling—it’s just a matter of how much the reductions would be compared to the initial outlay. That’s the kind of spreadsheet work that organizations need to do to figure out the payoff.”