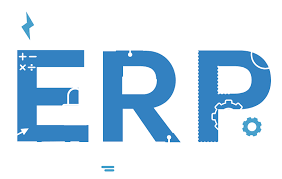 The European Recycling Platform (ERP) has announced it has collected and treated more than 3 million tonnes of WEEE across the continent since its foundation in 2002.

This equates to preventing the emission of more than 32 million tonnes of CO2, according to research undertaken by the pan-European WEEE compliance company.

Umberto Raiteri, CEO of the ERC, stated that the figures prove the need for producer responsibility in a competitive environment. He said: “Treating 3 million tonnes of WEEE shows that the ERP has contributed significantly to the EU circular economy and proves that extended producer responsibility in a competitive environment brings huge benefits for the environment at reasonable cost to producers. It also promotes innovation, which leads to higher quality treatment”.

The overall 3 million milestone  is the equivalent to the amount of WEEE generated by the European Union in a single calendar year. This was made up of 39 million televisions, nearly 70 million small domestic appliances and 12 million fridges.  The ERC operates across 13 European countries.

The UK managing director of ERP John Redmayne, explained that it highlights that the work being done makes a difference. Speaking to letsreycle.com, he said:  “While it is simply a milestone, it is great to celebrate as it gives us a reason to spread the message about what everyone is doing is making a difference. Of course, we don’t do this alone and it involves hundreds of municipalities who dozens of suppliers as well.”

A breakdown of the electronic waste being handled by ERPThe ERP explained that the amount of WEEE on the market is continuing to rise, not only in Europe but worldwide. In 2021, global production will reach 52 million tonnes, according to the recently released Global E-Waste Monitor report.