Which types of iOS app designs are accepted by users? 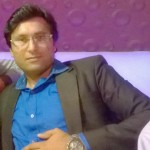 App design plays a crucial part in mobile app development. It is really important to increase app downloads. If the app design is good, then people will prefer to use your app. Publishing an application it can be a complex and frustrating process to carry out because of the amount of restrictions and guidelines set by each store.

The iPhone 6, 6 Plus, and iOS 9 provide an abundance of new features, allowing greater opportunities for mobile apps. And here I have just heard iPhone 7 is launching soon. Understanding the full capability of the new hardware, API, and sensors in depth should be carefully considered, and is key to a well designed iOS application.

I would recommend a Flat design with subtle color palettes. If it is in the form of storytelling, then it will be more helpful. It’s designed to the point that sometimes that design gets in the way of simple use. Basically everything up to and including chopping up final assets the developer would use in Xcode. This includes wireframes, user flows, interactive states, polished design files, and any specs on how the product is envisioned to function.

Most people don’t realize this because they think “design” is a catch-all term. But there’s a HUGE difference between someone who can simplify a complex and confusing user interface and someone who can polish the hell out of that simplified UI and make it look stunning. Sometimes these are the same person but I’ve often found most are great at the latter but struggle with the former.

Something we’ve started professing is the use of User Philosophy. Does your product speak to your target customer’s soul? If you’re building this product for yourself, which you should be, then this exercise shouldn’t be too terribly difficult because you simply ask yourself, “What do I believe?”. Facebook is hollow. So too is twitter and Instagram. There is no soul. Now look at Pixar and Wall-E. You don’t just want to watch him, a robot who cleans up trash for goodness sake, you also BELIEVE that he exists. How crazy is that??

Try not to break the communication model Apple has developed. Consistency is the key. Apple designers have a very well defined transversal methodology, which requires be mimicking, but not copying exactly. But, practically rollovers don’t work the same way as they are suppose do on a pointer/mouse based interface, actions/buttons must be differ from labels, titles and content. An intuitive method of UI provides a complete guidance to user for an exclusive use of icon metaphors. Think about this example when people use safari the mostly misunderstood by (+) icon for zooming. The iPhone is a tangible device; so the user interaction should be in the manner to comfortably fit into the context of similar-sized objects, notepad, game cards, calculators, small boxes etc… Customer will catch themselves naturally attracted by such comparisons.

iOS apps have great scope for metaphors because people physically interact with the screen. Metaphors in iOS include:

Clearly define and refine the user-specific needs of your iPhone app. Explore and test a variety of ways users can do what they need/want to do. A well designed iPhone app :

Design encompasses both User Interface (UI) and User Experience (UX). It’s important not to get stuck on thinking that design for an app is just about logo, color scheme, or font. The experience of an app includes the micro animations and how fluid it all feels in a cohesive sense.

Custom marketing oriented views like the launch view, welcome or education view, and potentially support views where your brand is communicated. In some ways these aren’t interface, but sit within the interface. In terms of writing the code, the basic principles remain pretty much the same for any other mobile app. When designing for a iPhone mobile app one has to consider the real estate available, processing power of the device and most importantly the understand the user who is going to use the app. Also make sure that you do not carry out battery consuming tasks (like polling a remote server continuously) frequently. Prefer getting all the data in bulk rather than getting them many time in small bits.

Interface views that cover the gamut of the ways your interface works. List views, Single or Detail Views, etc. These views may be custom to your app, but the designer should potentially also be helping you think ahead so that the developers aren’t constantly entangled to or relying on the designer to make every decision. A good interface will have both custom moments and act have a framework or system of design that allows flexibility and growth in the app. Interface elements. A large design that includes all the typography, relationships of elements (lists, toggles, buttons, etc) in a view. Again, this is establishing a system.

Hope this post will help you to design desirable iOS applications. Good Luck!

Mr. Deepak Patel is the backbone of iMOBDEV Technologies- A leading Android & iOS app development company based in India & USA. From the past 7 years under his leadership, the company has delivered unparalleled and challenging apps to the global clients.

Importance of UX Design to Convert Website Traffic to Customer

Why Refurbished iPhones Are Better Than New Ones

The Ugly Truth About CRM Data