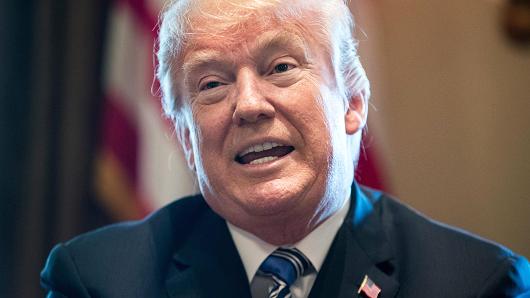 President Donald Trump is “not involved” in the process of choosing whether Amazon receives a multibillion-dollar Defense Department cloud computing contract, the White House said Wednesday.

White House press secretary Sarah Huckabee Sanders told reporters the president has not taken a role in choosing whether the internet retail titan will get the massive contract. Amazon is competing with rivals such as Oracle and Microsoft for the deal, and other companies argue the bidding process favors Amazon.

Trump has attacked Amazon in Twitter tirades, prompting questions about what he would do to hamstring the company. In recent days, the president has repeatedly made the unsubstantiated claim that Amazon costs the U.S. Postal Service “billions of dollars” to act as its “Delivery Boy.”

I am right about Amazon costing the United States Post Office massive amounts of money for being their Delivery Boy. Amazon should pay these costs (plus) and not have them bourne by the American Taxpayer. Many billions of dollars. P.O. leaders don’t have a clue (or do they?)!

Despite Trump’s venom toward the company, the Trump administration has not indicated it plans any specific actions against Amazon. The Supreme Court could resolve a separate issue about the company’s sales tax treatment later this year.

Competitors have argued the Pentagon’s bidding process for the cloud contract, which will go to only one company, favors Amazon. At a dinner with Trump on Tuesday, Oracle CEO Safra Catz said the bidding seemed set up so that Amazon would prevail, according to Bloomberg, which cited people familiar with the matter.

Trump did not suggest he would interfere in the process, the outlet reported. He has not mentioned the cloud contract in his tweets criticizing Amazon.