This is the Surface dock that Microsoft should have created 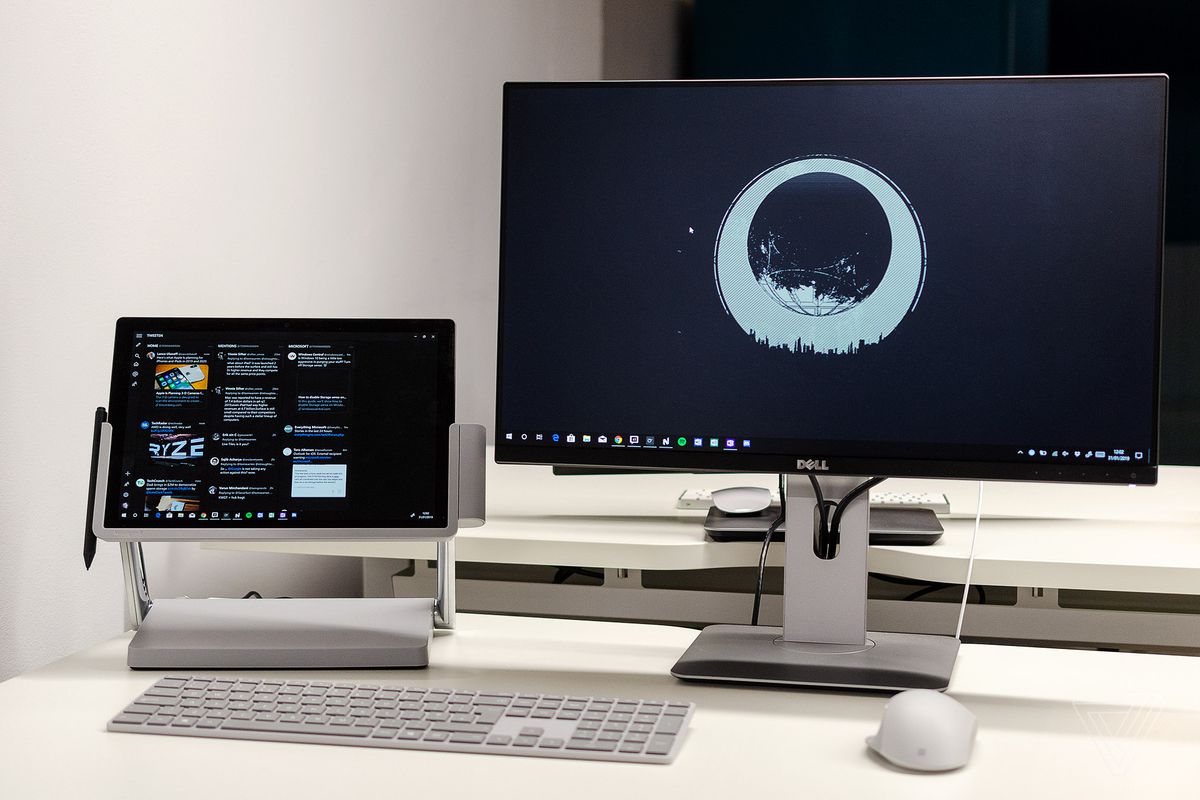 Kensington’s Surface Dock costs a lot, but it turns the Surface Pro into a desktop companion

Surface dock Microsoft- I’ve always wanted a Surface Studio monitor, but since Microsoft doesn’t actually make a standalone Studio display, my options have been limited. Recently, I’ve been using the next best thing: a miniature version. Kensington, famous for laptop security slots, has created a Surface Dock that transforms the Surface Pro into a pint-sized Surface Studio. The dock uses an articulating hinge to prop the Surface Pro up alongside external monitors, and it can be adjusted to different angles. After using the dock for the past month, I can’t believe Microsoft didn’t make this first.

Kensington’s $399 SD7000 dock includes four USB ports, an Ethernet port, a single USB-C port, HDMI, and a DisplayPort. You can even use the dock to power two 4K external monitors at 30Hz or a single 4K monitor at 60Hz. I’ve been using it alongside a single 1080p display, and it has turned the Surface Pro into a secondary monitor for scrolling through Twitter or making quick notes with the Surface Pen.

THIS DOCK TURNS A SURFACE PRO INTO A SECONDARY MONITOR

The dock itself is not lightweight, weighing 7.2 pounds in total. That’s not a problem if you use this in an office space regularly, but if you’re looking to travel around with it, then the bulk and weight might make it a little difficult to transport. That weight does come in handy, though: it keeps the base mostly in place when you adjust the angle of the docked Surface Pro.