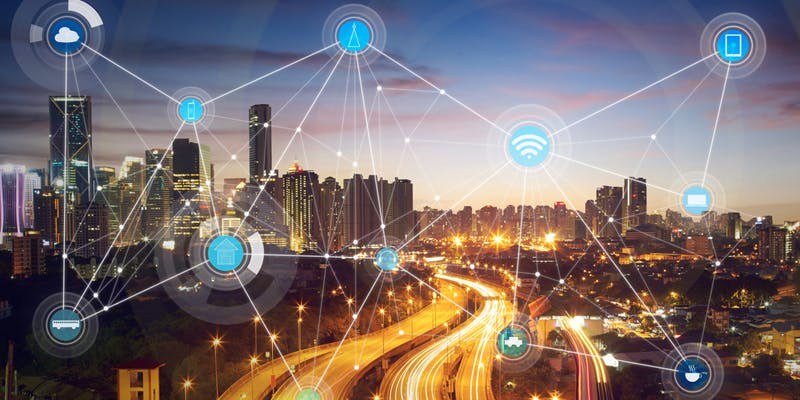 These IoT companies are helping Indian cities become the smart Internet of Things (IoT) is a platform on which devices are connected to each other using the internet, with the help of built-in sophisticated chips, sensors, and a unique identification code. These smart devices have the ability to sense, communicate, and transmit valuable data to any place, at any time. For instance, a smartwatch like Fitbit can monitor heart rate, steps, calories burnt, etc.

In short, IoT helps monitor, control, and manage applications on a network by means of the internet. For example, a cardiac app can monitor heart rhythms of a person and give early warning of any dangers to hospitals on a 24×7 basis. Even home appliances can be remotely controlled by users by means of apps on their smartphones.

The IoT revolution is spreading its roots in India as well, and there is a rapid influx of Indian companies joining ranks to move the technology forward. Today, we have around 971 IoT startups in the country, up from 123 in 2014 and 275 in 2015, according to the IoT Startup Directory 2017. Many of these startups, along with the Indian Government, are working cohesively to launch Smart Cities.

What are smart cities?

According to a 2014 UN study, 54 percent of the world’s population lives in cities. That would explain why countries across the globe are trying to build smarter and greener cities. Even McKinsey research states that $400 billion a year will be spent on building smart cities, and these cities will possibly generate 60 percent of the world’s GDP, by 2025.

So what exactly are smart cities? In the purest of definitions, a smart city is an advanced urban region that use information and communication technologies to manage assets and resources and ensure sustainable living and essential services to residents. So the push for smart cities is aimed at easing the lives of urban dwellers, reducing stress on natural resources, and minimising carbon footing.