The technology behind credit card security 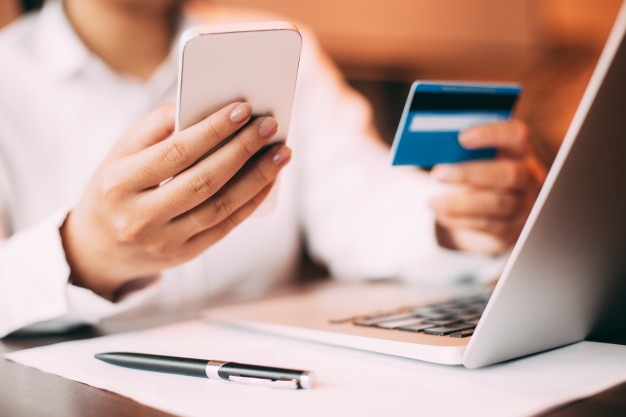 In our modern society, greater importance is being placed on speed. Internet connectivity is faster; cars are quicker; even around-the-world travel takes less time. And this trend is certainly influencing the way we consume products and services.

Internet shopping and the rise of next-day delivery mean we have access to almost anything we desire at the touch of a button and it can be in our possession within a matter of hours. Even our high-street retail habits have changed, with card payments overtaking cash purchases for the first time recently.

All of which means our debit and credit cards are being used with increasing frequency. Although this offers greater flexibility and added convenience, it also poses a range of security risks and challenges.

A recent report from UK Finance revealed that criminals stole £1.2 billion through fraud and scams in 2018, while a further £1.6bn was saved thanks to the industry’s protective measures. These include EMV chips which are installed on cards to enhance security and prevent the user from falling victim to thieves, but they are only a relatively recent development.

Up until the very end of the 20th century, most card transactions were completed using the magnetic strip on the back. However, this method was vulnerable to fraud as criminals could simply forge the cardholder’s signature and make purchases. Quite often, a vendor might not check the authenticity of the signature and in any event, thieves soon developed technology that enabled them to clone these magnetic strips onto a blank card.

Founded in the 1990s, EMV stands for Europay, Mastercard and Visa – the major credit card companies who dominated the sector and combined to create an industry-wide standard. An EMV chip is a small computer chip placed on a card which creates a unique code for each transaction, thus reducing the risk of fraud or other criminal activity.

The drawbacks of EMV cards

At first, detractors pointed to the longer transaction times for EMV chip cards causing delays and uncertainty for both merchants and customers. Development work was also required to bring the processing technology up to scratch. Although the EMV cards themselves were more secure, if the terminals were not encrypted to the same standard then there was still a window of opportunity for fraudsters to access sensitive payment data.

The growing popularity of EMV cards

A recent report from EMVCo found that more than 90% of card-present transactions in 2019 across Europe, Canada, Latin America, the Caribbean, Africa and the Middle East were completed using EMV chips. Asia (76.81%) and the United States (62.97%) fell some way below those figures, but even in those regions the numbers rose by at least 8% in comparison to 2018.

EMV chips have revolutionised the industry, and the enhanced level of security they provide for card-present transactions means they are only likely to become increasingly prevalent in the coming years.

Increasing Your Chances of Getting Approved for a Small Business Loan