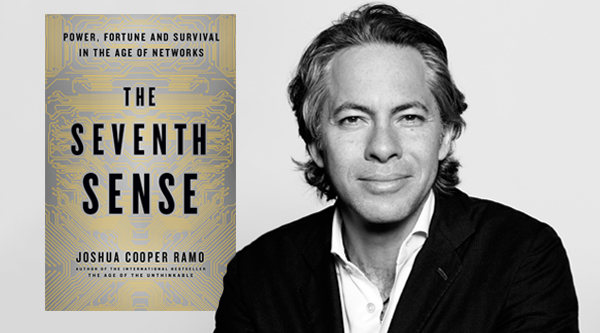 What’s in it for me? Learn how society can survive the network age.

The Seventh Sense Summary – You might not realize it, but every time you surf the internet, you are entering one of the world’s most complicated and intricate systems. After all, your smartphone or laptop is interacting with millions of others across the globe, and it has access to well over a billion interconnected web pages.

Complex systems such as the internet have undoubtedly made our lives easier, and, as technology improves, they’ll increasingly improve our existence. But we need to be careful.

If we want to make the most of complex networks, society must keep up with technological change. At the moment, it’s far too easy for people to use networks against us: terrorists can use the internet to spread their message, criminals can hack into our data and speculators can use the increasingly complex financial system to crash the economy. Only by constantly keeping our institutions and infrastructure up-to-date can we hope to prevent this disruption.

This article explains how we as individuals and as a society can survive and thrive in this complex age.

Technological changes mean that old systems are being replaced by more advanced versions.

Back in the nineteenth century when the industrial revolution was in full swing, the philosopher Friedrich Nietzsche shrewdly said that people needed a “sixth sense.” In other words, he meant that, as a society, humans would need to develop another instinct in order to keep up with the pace of technological change.

Today, it’s necessary for people to develop a Seventh Sense to comprehend the complex connections of networks which have formed between people, mobile devices, computers and financial markets as a result of technological advancement.

To develop a Seventh Sense, you first have to understand that everything is interconnected. Take the unveiling of the first iPod in 2001. The device not only fundamentally changed the way people listen to music; it altered the music industry itself. After the product was launched, people stopped using Discmans, and CD shops began to close while MP3 sales flourished. Eventually, this led to the rise of streaming services such as Spotify.

As technology moves rapidly, old network systems are frequently replaced by new ones – the author refers to this process as network power.

To understand network power, look at the way that English is presently used as a global lingua franca. The language enables information to be shared in a simple manner among people from different countries across the world.

Currently, switching languages seems inconceivable. However, eventually, lingua francas like English will be replaced with real-time machine translation between many languages because that is the nature of network power.

Advanced connectivity has allowed this technology to develop. One day, you’ll be able to jump into a taxi in Madrid and say “good morning,” and your taxi driver will instantly hear “Buenos días.” There will come a time when a translation algorithm will be more vital than having the ability to speak and comprehend English.

Rewind to the dawn of the internet age is more far-reaching than anyone could have anticipated.

Pentagon analysis team surveyed records of terrorists’ deleted phone calls and SMS and discovered that terrorist networks were developing at a much faster rate than the government or military were able to monitor.

In 2003, US troops learned that a terrorist in Baghdad had managed to conceive a way to make a bomb that was able to penetrate American tanks. A mere ten days later, an identical bomb killed a US official in rural Afghanistan.  The terrorists’ network of communication was simply more advanced.

To combat their activity, JIEDDO installed devices to monitor the streets. Although this plan worked to prevent individual attacks, it did nothing to address the heart of the problem.

Complex network systems are categorized according to how influential they are.

Historically, emperors, presidents, kings, queens and authority figures like doctors or lawyers have presided over power and influence in predetermined hierarchical structures……

To Read  The Seventh Sense Summary