Home AI The Human Promise of the AI Revolution

Artificial intelligence will radically disrupt the world of work, but the right policy choices can make it a force for a more compassionate social contract. 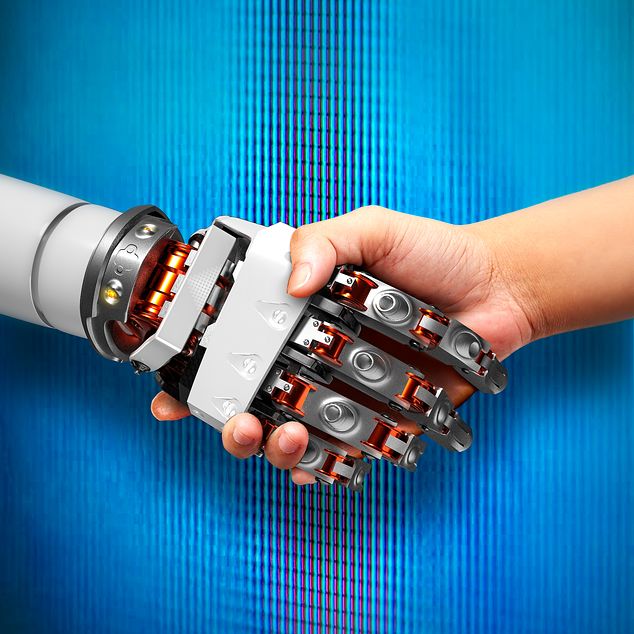 Artificial intelligence revolution – Artificial intelligence is a technology that sparks the human imagination. What will our future look like as we come to share the earth with intelligent machines? Our minds gravitate to extremes, to the sharply contrasting visions that have captured public attention and divided much of the technological community. As a longtime AI researcher and venture capitalist in China and the U.S., I’ve observed these two camps across continents and over many decades.

Utopians believe that once AI far surpasses human intelligence, it will provide us with near-magical tools for alleviating suffering and realizing human potential. In this vision, super-intelligent AI systems will so deeply understand the universe that they will act as omnipotent oracles, answering humanity’s most vexing questions and conjuring brilliant solutions to problems such as disease and climate change.

But not everyone is so optimistic. The best-known member of the dystopian camp is the technology entrepreneur Elon Musk, who has called super-intelligent AI systems “the biggest risk we face as a civilization,” comparing their creation to “summoning the demon.” This group warns that when humans create self-improving AI programs whose intellect dwarfs our own, we will lose the ability to understand or control them.

Which vision to accept? I’d say neither. They simply aren’t possible based on the technology we have today or any breakthroughs that might be around the corner. Both scenarios would require “artificial general intelligence”—that is, AI systems that can handle the incredible diversity of tasks done by the human brain. Making this jump would require several fundamental scientific breakthroughs, each of which may take many decades, if not centuries.

The real battles that lie ahead will lack the apocalyptic drama of Hollywood blockbusters, but they will disrupt the structure of our economic and political systems all the same. Looming before us in the coming decades is an AI-driven crisis of jobs, inequality and meaning. The new technology will wipe out a huge portion of work as we’ve known it, dramatically widening the wealth gap and posing a challenge to the human dignity of us all.

This unprecedented disruption requires no new scientific breakthroughs in AI, just the application of existing technology to new problems. It will hit many white-collar professionals just as hard as it hits blue-collar factory workers.

Despite these immense challenges, I remain hopeful. If handled with care and foresight, this AI crisis could present an opportunity for us to redirect our energy as a society to more human pursuits: to taking care of each other and our communities. To have any chance of forging that future, we must first understand the economic gauntlet that we are about to pass through.