The Dark Side Of The Recovery Revealed In Big Data 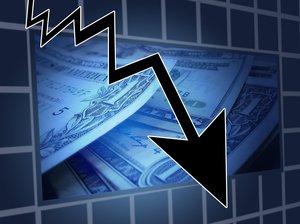 Big data dark side- On the afternoon of April 3, John Friedman went down to his basement and hopped on a call with his colleagues at Opportunity Insights, a research and policy institute based at Harvard University. Friedman is a co-director of the organization, along with Raj Chetty and Nathaniel Hendren. The organization has been doing some amazing work, harnessing the power of big data to find solutions to rising inequality and declining upward mobility in America. With the economy in free fall, they debated what they should do next. They decided to swing for the fences — pursuing a new data project that they hope will revolutionize the way the U.S. tracks and defeats recessions.

Since they were adopted over 70 years ago, the set of official economic statistics used to track recessions and recoveries — such as the unemployment rate and GDP — has largely stayed the same. Those statistics remain super-relevant, but they also leave much to be desired. They’re infrequently released. They’re broad and lack detailed information about people and places. And they’re largely gathered using … the telephone. Back in the 1930s, when the figures were set up, these methods were cutting edge — but now, not so much.

Opportunity Insights is part of the new school in economics, where economists analyze raw digital data on millions of customers, workers, taxpayers and businesses. This big data is usually housed in the private computers of businesses and government agencies, so getting it can take some arm-twisting. With the national crisis and help from friends in high places — the research institute is funded by the Bill & Melinda Gates Foundation and the Chan Zuckerberg Initiative — Opportunity Insights was able to convince a bunch of companies to feed it pipelines of their valuable data. It has been getting, for example, data on credit card spending from a company called Affinity Solutions; employment data from Earnin, Paychex, and Intuit; and data on small-business revenue from Womply.

By mid-June, Opportunity Insights was publishing all the data on its website as well as its own blockbuster research stemming from the data. At the time, it was looking at the worst phase of the pandemic recession, when, according to its numbers, national consumer spending fell more than 30%. Because of the immense amount of data at its disposal, Opportunity Insights was able to laser in on exactly who got hurt the most by the spending drop: small businesses and low-income workers providing in-person services within America’s rich urban ZIP codes.