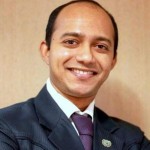 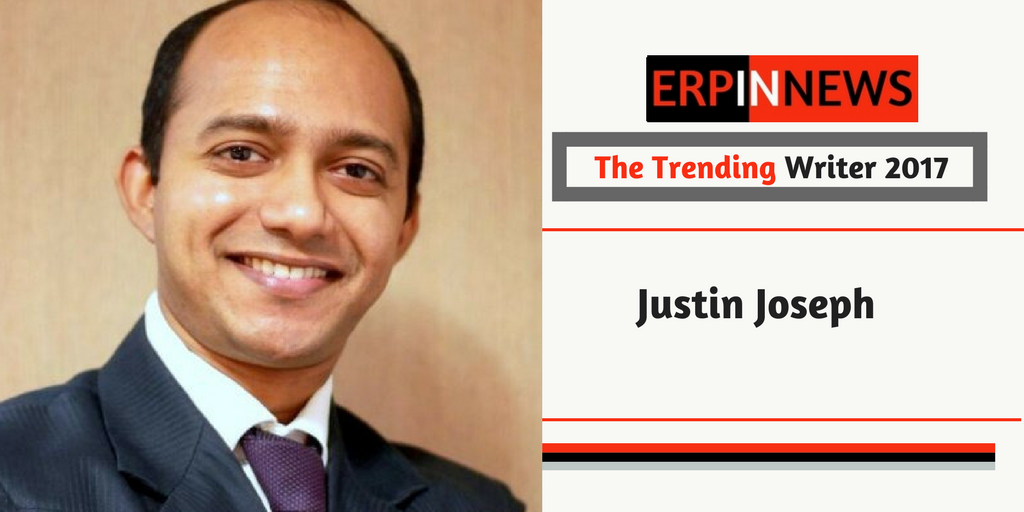 The Blockchain will do for transactions what the Internet did for information.

The Blockchain revolution is a showstopper in today’s digital age. It has transformed the way transactions are done and is on its way to revolutionize society. The ripples of its enormous disruptive potential are being felt beyond the world of finance.

Blockchain is an open, distributed and incorruptible digital ledger that facilitates the process of recording transactions across a worldwide network of distributed computers or “nodes”. It helps in tracking tangible, intangible and digital assets in a business network in a verifiable and permanent manner. Virtually anything of value can be tracked and traded on a blockchain network, with minimal risk and reduced cost.

Blockchain owes its name to the way it stores transaction data i.e. in blocks that are linked together to form a chain. The transactions executed during a given period of time are recorded into a file called a block. The blocks are added in a linear, chronological order and the chain keeps growing as new events are added unto it. Each block contains a hash which is a cryptographic function, resembling a digital fingerprint or unique identifier. It is a string of code that makes a key to encrypt the event and its details like date, timestamp and block place.

The hashes link the blocks together and each hash contains information about the prior block(s) on the chain. The previous hash prevents any block from being altered or a block being inserted between two existing blocks because the hash in the edited block would no longer match with what came before and what came after. In this way, each subsequent block strengthens the verification of the previous block and hence the entire blockchain. The block can be made up of any type of information. For instance, blocks created by bitcoin, record sale and purchase transactions among other information.

Blocks record and confirm the time and sequence of transactions, which are then logged into the blockchain, within a discrete network governed by rules agreed on by the network participants.

In the traditional methods for recording transactions, participants maintain their own ledgers and records. Intermediaries who charge fees for their services make these traditional methods quite expensive. The delay in executing agreements and duplication of efforts in maintaining several ledgers make the whole process cumbersome and inefficient. In addition, a centralized system, say a bank, is highly susceptible to frauds or cyber attacks and a simple mistake can wreak havoc on the entire business network. In the wake of these hassles, there has always been scope for a technological disruption that would bring about an efficient, cost-effective, reliable, and secure system for conducting and recording financial transactions.

One of the many remarkable features of the blockchain is its ability to establish trust, transparency and accountability through the consensus mechanism. Each blockchain network can collectively establish the conditions that govern a transaction or asset exchange. A transaction is considered valid only if all the members agree on its validity, which is established with the help of consensus algorithms.

Members of a blockchain network are also aware of the origin of an asset, change in ownership over time or conclusion of a transaction, thanks to the shared ledger system. Transactions are time-stamped and can be verified in near real time. No member can tamper with a transaction once it has been recorded in the ledger. In case an erroneous transaction occurs, a new transaction must be used to rectify the error and both transactions become visible.

With its exquisite and powerful features blockchain offers many business benefits as well.

The transaction times for complex transactions are greatly reduced and settlements are done extremely faster due to the absence of a central authority for verification.

All the participants on a network are known to each other and the network activities are self-monitored by the members, thereby minimizing the need for supervision. Ability to exchange items of value directly eliminates intermediaries and access to the shared ledger among the members of the network at any given time reduces duplication of efforts.

Blockchains built for businesses are usually permissioned, especially within a regulated industry. In a permissioned “members-only” network, participants can be verified to be who they claim they are and goods or assets are traded exactly as represented. With the ability to constrain network participation, organizations can more easily comply with data protection regulations. Permissioned blockchains can more effectively control the consistency of the data which gets added to the blockchain.

Blockchain also enables increased operational efficiency through digitization of assets and streamlined transfer of ownership between any two participants, which enables transactions to be conducted at a speed in line with the pace of doing business. Cryptographic and data partitioning techniques provide the participants selective visibility into the ledger and the ability to mask both transactions and the identity of the transacting parties. Originally devised for the digital currency, bitcoin, many other potential uses for the technology are now becoming evident.

Blockchain offers a one-stop solution to address the aforementioned impediments. Its ‘consensus’ mechanism ensures trust, accountability, and transparency across the network. By storing data across its network, the blockchain eliminates the risks and vulnerabilities associated with centralized data that computer hackers can exploit. Encryption technology further reinforces the security of the blockchain network.

Blockchain technology can open up new horizons of innovation in business by enabling industries and enterprises to develop new competitive business models. It can simplify complex operational activities within organizations and boost growth results by lowering costs. It can dramatically reduce delays inherent in regulatory processes through smart contracts. A smart contract is set of rules stored on the blockchain which governs a business transaction and is executed automatically as part of a transaction. Smart contracts eliminate the hassles and delays intrinsic to contracts by building the contract into a transaction and doing away with the needs of exchanging documents back and forth for reviews and approvals.

Blockchain has the capability to transform entire ecosystems across industries. For instance, in the supply chain industry, initial blockchain efforts could have quick impact through improved logistics. Costly delays and losses due to missing paperwork could be avoided. Manufacturers and retailers can improve inventory management through better demand forecasting and stock replenishment. Regulators would be able to trace the cycle of products and goods from “hook to fork” making it easier to identify counterfeit items and their sources.

Blockchain can be a potential disruptor in the banking and financial services industry. Since most banking systems around the world are built on a centralized database, they are more vulnerable to cyber attack because of a single point of failure. Once hackers break into the one system, they have complete access. Blockchain on the other hand, being a decentralized ledger with increased visibility, has each block with a timestamp and individual batches of information with a link to a previous block  which makes it extremely difficult to be tampered with.

Blockchain so far has emerged as a platform for trust and truth. However, when compared to the internet which has a sophisticated global governance system, blockchain is still in its infancy and mostly predominant in the west. Though there are controversies surrounding this technology in terms of its governance or its capacity to displace many humans from their jobs, yet the power of this opportunity is indisputable. It has enormous potential to dominate the financial world and be the next frontier for online marketplaces. With its powerful features and ability to turn any business on its head, blockchain shows great promise to create a better world where people get to have a say in the value they create. It can be a cornerstone of a whole new era whereby our right to privacy along with our identity is safeguarded.

Justin Joseph is an Academic Research Writer with Livingston Research and writes on a variety of subjects like Healthcare, Business and Management, Environmental Science and Human Resources. In his professional career spanning over four years, he has worked in a variety of roles and industries, having worn the hats of a Research Writer, Business Analyst, Strategy Consultant, Business Development Associate, Communications lead and Recruiter. With an enriching work experience coupled with relevant certifications, he possesses a broad understanding of industry verticals like Healthcare, Banking and Financial Services and also Human Resources and Organizational Change Management. While an undergrad, Justin was involved with national voluntary and non-profit organizations. As the General Secretary of the Indian Catholic Youth Movement, Bhopal he actively worked for the fellowship and formation of the youth. For a special project of the Prison Ministry, India he translated a book from Hindi to English which documents the lives of prisoners in the Central Jail at Bhopal. He was one of the 10 candidates from Brazil, Russia, India and China, chosen for the Ford Motor Company Global Scholars Scholarship program-2012 at The Washington Center, in Washington D.C. He also received the distinct honor of being a Commencement Speaker for the Fall Semester graduating class of 2012, comprising of 450+ interns from nearly 17 nations at The Washington Center. Justin earned his Master’s degree in Human Resource Management from Loyola Institute of Business Administration, Chennai. He also has a Bachelors degree in Computer Science and Engineering. He also has to his credit several poetry collections. The Holy Bible, Investopedia and Sudoku are his favorite pastimes! He can be contacted at justin9joseph[at]gmail.com