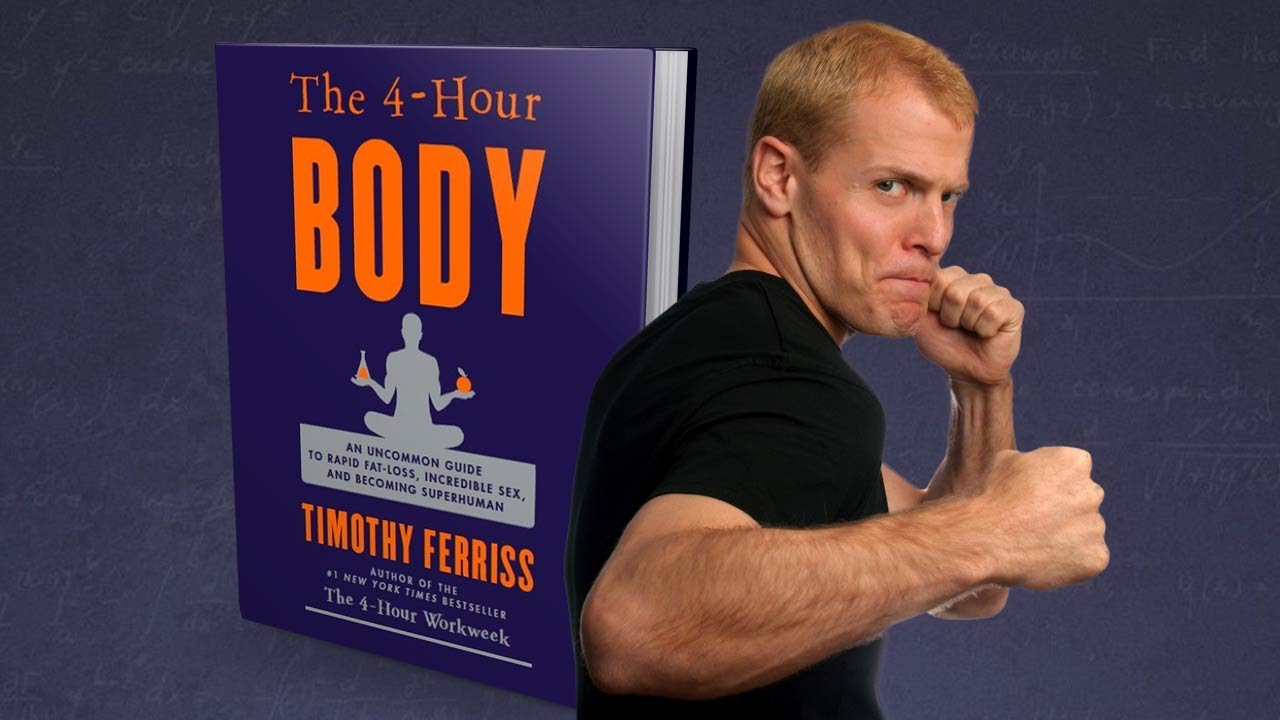 What’s in it for me? Improve your body with personally proven advice.

The 4-Hour Body Summary – There are a million different diets out there promising everything from quick-and-easy weight loss to everlasting youth, and the sheer amount of advice can be overwhelming. Where do you start? How do you know which ones really work, so that you don’t end up buying into a fad and wasting your time?

Thankfully, all the hard research is already done for you by the author, who tried out numerous diet plans and exercises, gathering information from his personal experience to come up with body hacks that you can easily implement in your daily life.

Backed by evidence from a wealth of sources, such as medical practitioners and the world’s best athletes, these blinks provide you with some of the main techniques the author discovered for losing weight, gaining muscle, improving your sex life, sleeping better and boosting your athletic performance.

Start your bid for a good body with a Harajuku Moment, followed by the Minimum Effective Dose.

To become good at what you do, you need to dedicate yourself to the task. That’s why, for a decade, the author met with renowned athletes and scientists and offered himself up as a test subject for unconventional fitness methods to discover the most effective way to achieve a good body.

What the author learned during those ten years was the importance of the Minimum Effective Dose (MED). This key concept was created by Arthur Jones, a leading specialist in exercise science. From his research, he identified the minimum amount of effort that would produce the desired outcome. In fact, anything more than the MED would have an unfavorable effect.

Putting this theory into practice, Brian MacKenzie, a triathlete and Ironman competitor, changed his training schedule according to the MED method. Previously, he used to train 24 to 30 hours per week, which put a strain on his body as well as his personal relationships.

With the MED approach, however, his training was minimized to 6.5 hours a week and consisted of strength training, CrossFit and pace work. As a result, MacKenzie placed fourth in the most intense race in the world, the Angeles Crest 100-Mile Endurance Run. His body had trained to become aerobic at maximum speed, which was more effective than the high-volume and low-speed training he used to do.

However, before you can put the MED into practice, you need to first experience a Harajuku Moment. This refers to the instant when you realize that you need to do something.

The term comes from Chad Fowler, CTO of information and technology company InfoEther and a friend of the author. While vacationing in Tokyo, Fowler ended up in Harajuku, hoping to do a bit of shopping. Unfortunately, he couldn’t find anything that he liked because he was overweight and told his friend, “For me, it doesn’t even matter what I wear; I’m not going to look good anyway.” It was at this moment when he was saying those words out loud, that Fowler had his Harajuku Moment.

He asked himself why he was successful in every aspect of his life except for his health. After that realization, Fowler started to take more care about what he was eating and took up cardio training three to four times a week. A year after he had his Harajuku Moment, Fowler had managed to lose 32 kg.

Lose weight fast with the slow-carb diet and a protein breakfast.

If you want to lose weight, there are a bunch of diets out there to….

Analytics And Insight: Digging Into Data

Is Rise with SAP a good fit for you?