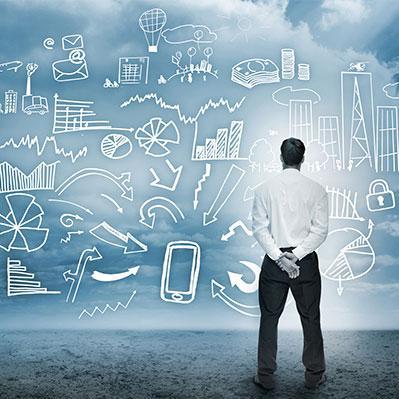 From IoT Gateways To Smart Devices For The Home

IoT devices 2020- The coronavirus pandemic may be taking a toll on the IoT market, but that isn‘t stopping manufacturers from releasing a variety of new IoT devices this year.

While demand for connected devices has seen a slowdown in verticals like retail and manufacturing, tech executives see IoT as an important technology to help organizations adapt to the variety of new requirements put in place to combat the virus, from social distancing to wearing masks. And because of the impending need to deploy such solutions, they‘re suddenly seeing an acceleration of some projects.

“The time that I spend right now is in implementations for COVID-initiated things like monitoring and detection, things like business automation, social and workplace engagement interaction projects that probably would have taken 18 months to do formal [proofs of concept], test and deploy—we‘ve deployed in a matter of two or three weeks. That’s new for us,” Rodney Clark, vice president of IoT and mixed reality sales at Microsoft, told CRN last month.

What follows are some of this year‘s coolest IoT devices so far, ranging from crop sensors and connected breathalyzers to industrial IoT gateways and smart devices for the home. The WISE-2410 is a new smart vibration sensor from Advantech that uses an Arm Cortex-M4 processor and three-axis accelerometer to automatically calculate the vibration characteristics of machines for predictive maintenance and conditional monitoring applications. The device, which supports LoRaWAN connectivity, can also read surface temperatures and compare sensor data against ISO 10816-3 standards to ensure the machines are running correctly. The device is powered by two AA lithium batteries, which can last as long as two years in normal operating conditions. It‘s built to handle a wide range of temperatures, from minus-68 degrees to 185 degrees Fahrenheit, and withstand dust and water. The device, which is built for easy plug-and-play installation, costs $329. The Mark 2 is a solar-powered crop and weather sensor from agriculture tech startup Arable that aims to help farms and food producers make better decisions around irrigation, spray applications and disease and pest management, among other things. Once deployed in a crop field, the $1,595 sensor collects data on a variety of crop-related things like precipitation, temperature, leaf wetness and crop water demand. The data is then sent via an LTE-M, NB-IoT or 2G connection to the cloud, where the data is run through machine-learning models, which are supported by Arable‘s global network of 30 calibration-validation sites across 12 climatic zones to ensure insight is accurate and reliable.

The Key Factors in Choosing an IoT Connectivity Partner