Home AI THANKS TO AI, THESE CAMERAS WILL KNOW WHAT THEY’RE SEEING 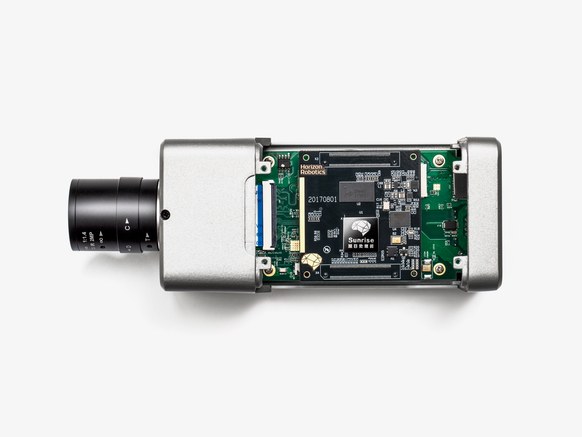 MODERN LIFE IS one big photo shoot. The glassy eyes of closed-circuit TV cameras watch over streets and stores, while smartphone owners continually surveil themselves and others. Tech companies like Google and Amazon have convinced people to invite ever-watching lenses into their homes via smart speakers and internet-connected security cameras.

Now a new breed of chips tuned for artificial intelligence is arriving to help cameras around stores, sidewalks, and homes make sense of what they see. Even relatively cheap devices will be able to know your name, what you’re holding, or that you’ve been loitering for exactly 17.5 minutes. It’s the latest development in the tech industry’s campaign to build out the internet of things, a slogan for linking everyday devices to the internet so they are interactive and gather data.

Smart cameras with built-in AI capabilities can offer new conveniences, like a phone notification that a child just arrived home safely, or that the dog walker really did walk the dog. They will also bring new risks to privacy in public and private spaces. Companies are exploring how smart cameras can be used to gather marketing data, or assist law enforcement, for example.

A slim wand with twin lenses like bulbous eyes unveiled last week by mobile-chip company Qualcomm heralds this new era. The company built the six-inch-long, half-inch-thick gadget to demonstrate how a new chip can help security cameras and other devices better analyze images. Products based on the chip are expected to hit the market before the end of the year. Qualcomm already ships 1 million chips a day for use in internet of things devices, including products from Google’s Nest.

In demos, Qualcomm’s camera performed tricks like recognizing individuals from their faces, and detecting and tracking a package held in a person’s hands. Thanks to the new chip, the device could do this independently, without tapping a server in the cloud for analysis. Qualcomm and others working on similar hardware argue this will help AI-enhanced cameras sprout in more places, because they won’t need to rely on a home’s or business’s bandwidth, and can react more quickly.