Technology today can help tackle many fundamental problems in world 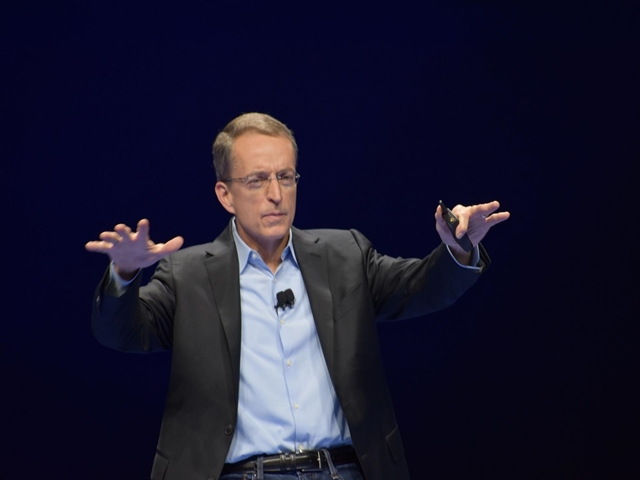 The CEO of VMware, Pat Gelsinger, on Monday practically threw down the gauntlet to his fellow tech leaders saying that “technology can be a force for good,” and can help solve many of the larger problems facing the world

The CEO of VMware, Pat Gelsinger, on Monday practically threw down the gauntlet to his fellow tech leaders saying that “technology can be a force for good,” and can help solve many of the larger problems facing the world.

Speaking at the VMworld 2018 here, Gelsinger said that, in essence, technology was neutral, but “we must shape it for good,” and it was within the power of the “game-changing technologies”, to bring about fundamental changes, which was never available any time before in the history of humanity.

Quoting Milton Friedman who had said decades ago that the main goal of business was to make money, Gelsinger sought to differ with that sweeping generalisation, saying that perhaps the right approach was to make money while “doing good.”

In an effort to rise above the moniker of merely a tech leader, Gelsinger said he was “more excited” today than any other time in his 38 years in the field because of what was possible now.

While congratulating the 23,000 employees on the “20th birthday” of VMware and addressing a fully-attended indoor stadium packed by some 15,000 people in the gambling capital of the world, Gelsinger said technology had in its ambit power to reduce poverty in the world.

“I believe it can bring modern education to every child on the planet. I believe together we can reverse the effects of climate change,” the CEO of the $7.9 billion company declared at its annual gathering to several applauses, some of which were louder when he talked about acquisition of a Cloud health company or when he mentioned expected future successes.

He spoke of several initiatives that the company had undertaken in its search for “doing good” and mentioned the support work done with “Make-a-Wish” foundation which works with seriously ill children and their parents.

Gelsinger also pointed out that even today five billion people in the world did not have access to adequate surgery facilities and talked about the “Mercy Ships” which aim to deliver high-end surgical services to African children.

He said with the help of NGOs — and technology back-up by VMware –, the ship equipped by the hospital and accompanied by doctors had been able to deliver medical services where it was needed the most. “When the ship docks at an African port, there is a queue of people seeking its service,” he said.

Next year, he informed, the Christian charity would launch an even bigger ship with double the existing capacity and that he would be accompanying the doctors for the maiden voyage to an African city.