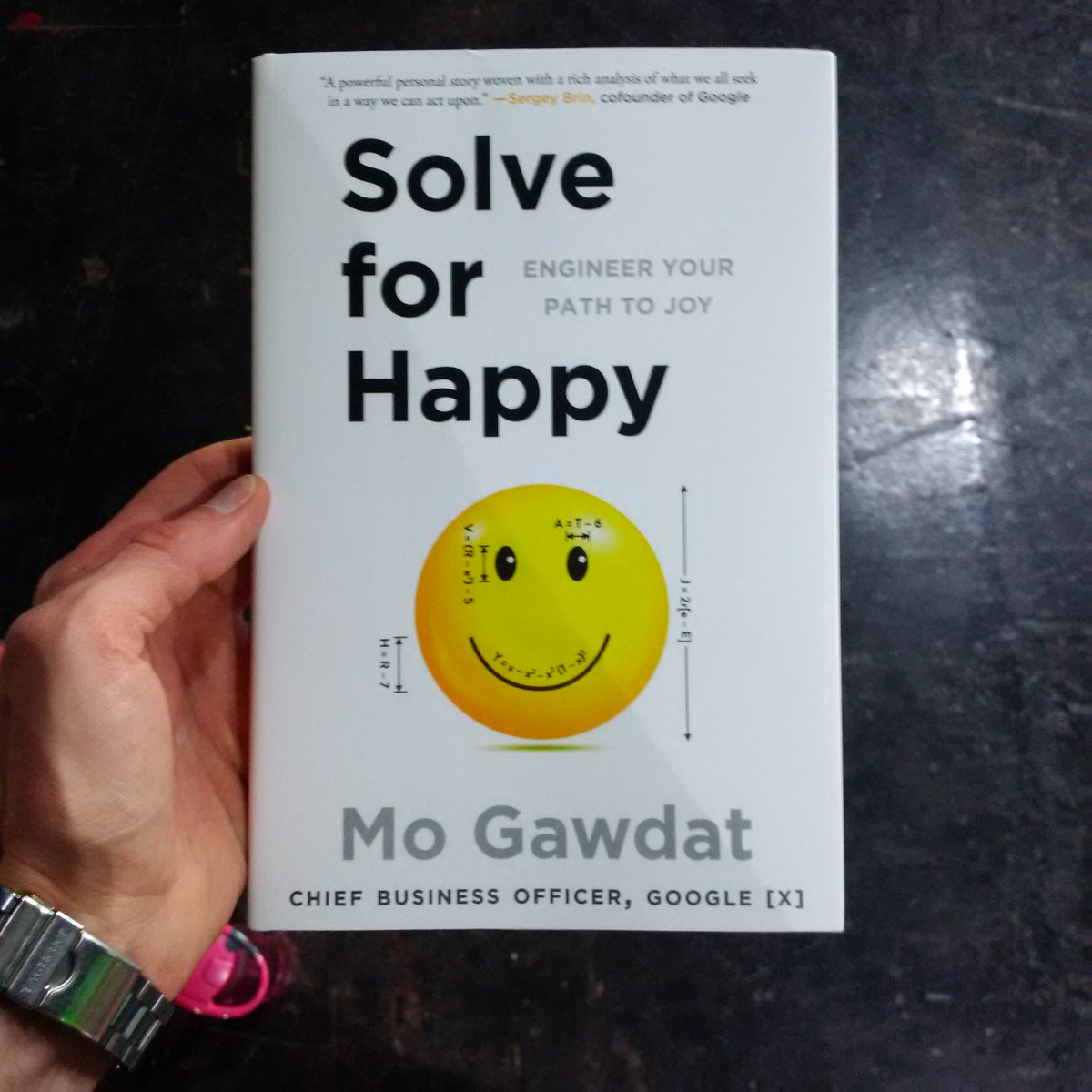 What’s in it for me? Discover the formula of true happiness.

Solve for Happy Book Summary – Mo Gawdat, former Chief Business Officer at Google X, was at the top of his career. Financially well off, with a job many would kill for and a loving family. And yet, despite all this, he wasn’t happy. Why?

Like many others before him, Gawdat grappled with this question for years and, when suddenly losing his 21-year-old son during a routine procedure at a hospital in 2014, it deepened into a quest to discover what truly constitutes human happiness and how to stave off disappointment in life. By applying his analytical mind to the problem, and examining key ideas from many of the world’s religions, Gawdat finally arrived at his own happiness formula.

This article layout Gawdat’s ideas on happiness; the illusions standing in the way of it, the many blind spots of your mind that cloud your vision from what life is reallylike, and the ultimate truths that will bring real joy and happiness into your life.

Happiness is the absence of unhappiness, caused by the misrepresentation and misunderstanding of reality.

We’ve all heard that money can’t buy you happiness, though many people are still driven to pursue financial success as their primary goal. It’s no wonder, then, that they find themselves unhappy even when they appear to have everything. But what can be done about it? This is the question Gawdat grappled with himself, so he decided to apply his engineer’s mind to figuring out a formula for achieving happiness.

Let’s start by trying to understand what happiness is. Look at the semi-permanent joy of small children and toddlers and you could see that it is, in fact, our default state. Sure, it’s not all roses, but as long as they aren’t hungry or in pain, kids are generally happy. You could say that happiness is merely a lack of unhappiness.

But where does unhappiness come from? According to the author, it comes about when life doesn’t behave the way you expect it to. Here’s the formula that he came up with:

This means that when you regard life’s events as the same or better than your expectations, then you’ll be happy because the twists and turns of life don’t frustrate you. But if your expectations are greater than the reality, they’ll subtract from your capacity for happiness.

Naturally, it’s not as clear-cut as this. You’re much more complicated than just happy or sad! Depending on the thoughts you allow to determine your expectations, your state of mind can range from total confusion to negativity and suffering, to positivity and happiness, all the way to absolute joy. The goal is to make that journey from the bottom to the top.

To prevent yourself from becoming confused and unhappy due to the gap between your expectations and reality, you’ll first need to discard the six grand illusions that leave you misinformed.

You are not the voice in your head, but the observer of your life.

In the 1999 sci-fi film The Matrix, the main character, Neo, suddenly breaks through the illusion of the world around him and sees it as it really is – long green columns of ones and zeros – and is able to take control of himself and his environment. Like Neo, if you can see past the illusions, then you too can take control of yourself and your happiness.

Start by shattering the first illusion which is that the voice in your head – the one that questions your actions and intentions – is the real you. In the 1930s, a Russian psychologist named Lev Vygotsky noted small muscular movements in the larynx accompanying inner thought, and suggested that the internal narrator was actually just the internalization of speech – a hypothesis confirmed by neuroscientists in the 1990s, when they found that parts of the brain active while talking are also active during inner thought. So the voice in your head is actually your brain talking to you as it tries to understand the world around you and make the best possible decisions. But it isn’t you.

So when listening to your negative thoughts, remember that……