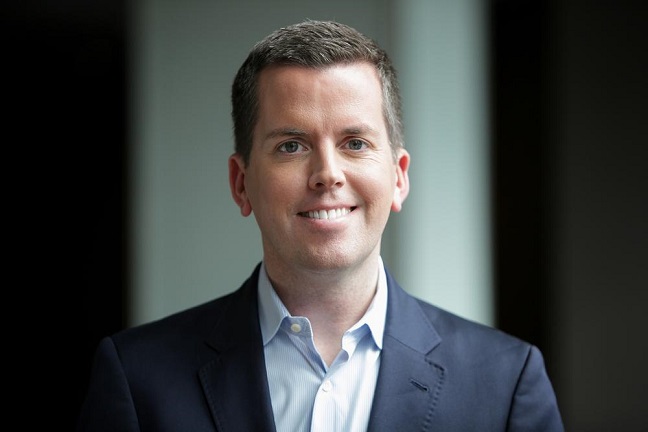 ‘If we all of a sudden switched off, nobody would drink, nobody would eat… any product you’re going to touch today, the toothpaste you use, the car you drove in, the clothes you’re wearing, all of these things will have at some moment in time touched an SAP system.’

Brian Duffy certainly has a sense of the magnitude of what he does. But then in many respects that’s a prerequisite of the tech industry in which he’s made his career. The Irishman joined SAP in 2005 after training as a lawyer in Dublin and Chicago, and hasn’t looked back. A year ago, then 37 years old, he became the software giant’s youngest regional president, responsible for the British Isles, France, the Nordics, Baltics and Benelux.

It’s clear very early on that he’s a company man, not that there’s anything wrong with that. If you ask him what he does, Duffy will quickly, almost gleefully, tell you SAP’s mission (‘to help the world’s businesses run better and improve people’s lives…we need everyone to be successful’). Dig a little deeper, and he’ll tell you his job is to enable SAP’s employees to focus on making themselves successful, ‘because that means our customers will be naturally successful. When SAP works for you as an individual, you’re unstoppable.’

On a slightly more prosaic level, he’s overseeing in his region the shift from software to cloud computing, which recently became the largest business line in the global corporation. It’s quite a different sales cycle, he says, not least because it involves selling to chief HR officers rather than chief information officers – the company intends, after all, to facilitate the ‘intelligent organisation’, where integrated cloud-based systems are plugged into every business process.

MT: You’ve risen very quickly. What advice do you give youngsters joining the company?

Duffy: In 2012 somebody sent me the Amy Cuddy TED talk on power posing. I was living in China at the time, about to do an interview the next day. I watched it and thought I am totally going to get this job. I did the power pose and got the job, working as chief of staff for a board member, Rob Enslin, who still advises me today. I was super excited.

Fast forward five months and I’m in the boardroom with the CEO of SAP, with some of the most powerful people in the tech world, and I’m thinking why am I here. What am I meant to bring to this conversation? That’s when impostor syndrome kicks in, and I tell our interns that it shouldn’t happen. You’re here for the perspective you bring. When you’re authentic, your true self at work, that’s when there are no limits and something really special can happen.