ERP software giant SAP reported revenue growth for its Q4 and full fiscal year, along with strong growth of its cloud business. But the strength of the cloud business weighed on profits, which declined for both the quarter and the year.

ERP software giant SAP reported strong momentum on its cloud efforts with new cloud bookings up 103% for 2015. The news came as part of the company’s fourth quarter and full year earnings release today.

Citing strong momentum in the cloud business, SAP said it expects full year cloud and software revenue to increase by 6% to 8% in constant currencies in 2016, up from €17.23 billion in 2015. 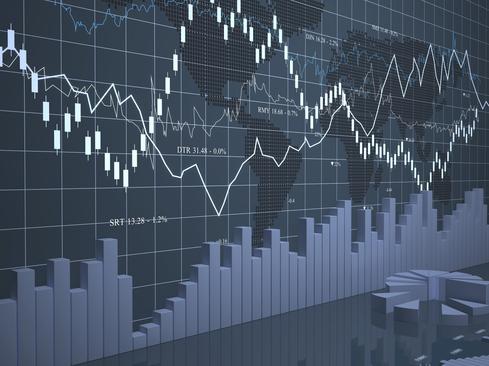 “Our completeness of vision in the cloud has distinguished SAP from both legacy players and point solution providers. We beat on cloud and software, we beat on operating income, and we are ever confident that SAP will remain a profitable growth business well into the future,” Bill McDermott, CEO of SAP, said in an announcement.

That’s good news for SAP, which is working to increase its cloud revenue as it fights a battle on two fronts — against traditional software competitors such as Oracle and also against cloud-based digital native companies such asWorkday and Salesforce.com.

Longtime software competitor Oracle has also been pushing hard on its cloud message, bringing Oracle CloudWorld to New York this week for a repeat of the messages delivered at Oracle OpenWorld. Oracle said that it is the only company positioned to deliver a fully functional hybrid solution — both on-premises and in the cloud. Oracle’s total revenue declined in its most recent quarter, even as its cloud revenue grew by 26%.

Both Oracle and SAP are facing a challenge as they shift their businesses to the cloud. Cloud services are not as profitable as on-premises software license sales. The difference may have made some traditional software companies more reluctant to pursue cloud business that could cannibalize their on-premises business. And yet if they did not pursue the cloud business, they left themselves open to cloud-only competitors such as Salesforce.com.

During a conference call with analysts today, SAP said it is looking to increase its cloud revenue share to 29% of total revenue by 2020, up from 11% in 2015. The change in revenue mix will weigh on the blended operating margin for the group in the short to medium term, SAP said.

SAP also touted adoption of the company’s S/4HANA next generation business suite, reporting more than 2,700 customers across all regions and industries at the end of  2015.

“Our tremendous 2015 results validate our strategy of innovating across the core, the cloud, and business networks to help our customers become true digital enterprises,” said Luka Mucic, CFO of SAP, in a prepared statement. “We have transformed our company and made it leaner by shifting investments from noncore activities to strategic growth areas enabling us to capture the tremendous growth opportunities in the market. This puts us on a strong path for the future, reflected in an increase of our 2017 ambition.”