SAP Labs: Designing from the Heart of Berlin 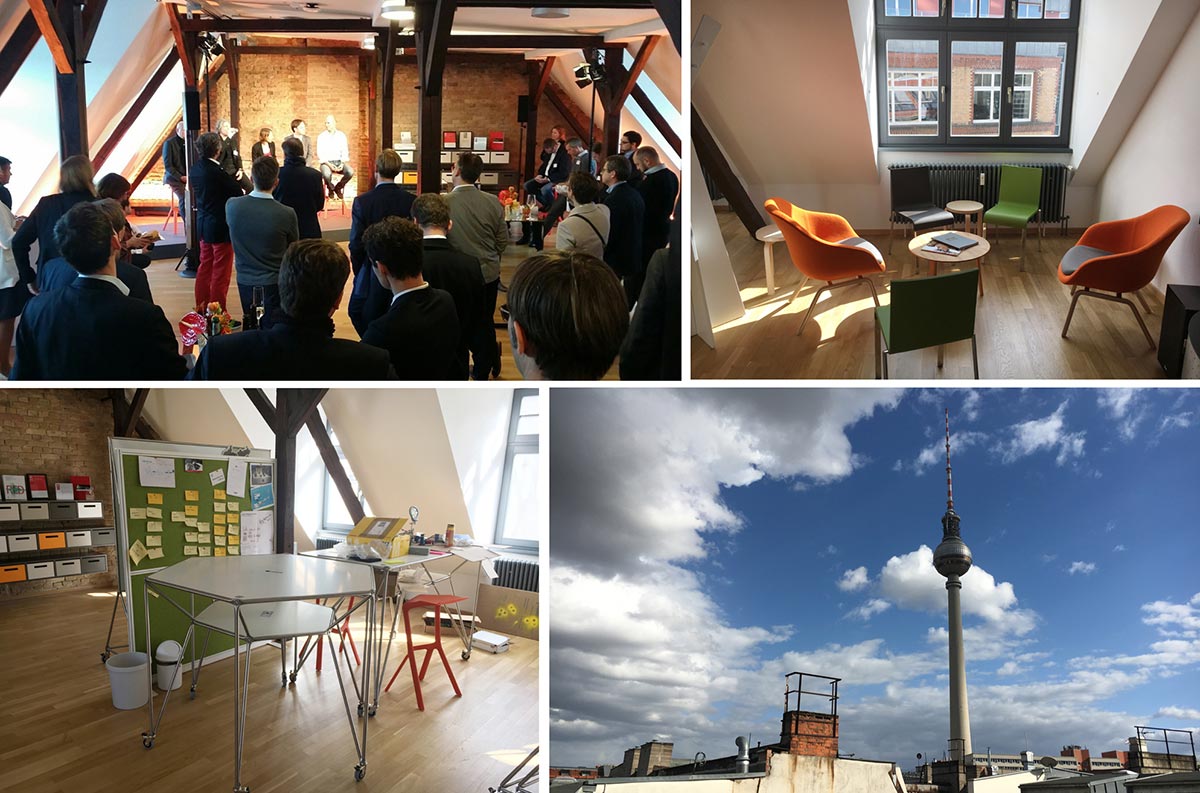 In April, a new SAP Labs Berlin office location was opened at Münzstraße in the heart of Berlin. With the opening of the new location, Berlin is now part of the worldwide SAP Labs network with 16 offices in 13 countries.

The new office is a space dedicated to design work, co-innovation, and collaboration, where SAP developers build apps for the digital economy and where different SAP design teams, including the SAP Design & Co-Innovation Center are able to open up creativity while being on eye-level with the Berlin TV tower.

When SAP hired a dozen designers in Berlin, the German hotspot of creativity, three years ago, the foundation for a stronger commitment to design and beautiful user interfaces was laid. Since then the “SAP design story” has evolved in an extremely positive way and design has become established as a core focus area for SAP.

The new creative space on the fifth floor of the Münzstraße office, shared by different design teams, underlines SAP’s commitment to design and the mission to improve the perception of user experience at our customers. The new space may be an old hat from the perspective of a design agency (even though the new space looks familiar to any design agency or co-working space in Berlin), but nothing can take away the energy of the SAP employees working here.

The design floor setup and furnishing was done by the Global Facility Management, who worked closely with the Design & Co-Innovation Center (DCC) Berlin to make the space as flexible, and effective as possible to trigger ideas and innovation. Similar to the construction of the customer facing SAP AppHaus in Heidelberg, the top floor in Berlin has been consciously equipped with the core elements only, namely movable DT-Line Tables, bean bag chairs, lounge chairs, whiteboards and much more. This allows our team to stay flexible with the room setup, but more importantly they can customize the space over time, by building furniture, project war rooms, and more. The new design floor was designed by ourselves and not created around the design by others, which was very important to us.

Is Rise with SAP a good fit for you?