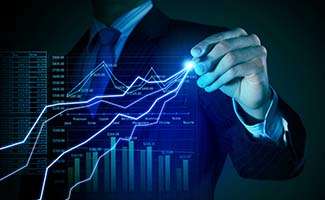 With the adoption of SAP’s blockchain solution, Bumble Bee attempts to address the evolving customer demand to know the credibility of seafood’s sourcing and safeness of consumption.

The distributed ledger technology of SAP’s blockchain service enables end-users to track the route of seafood (from ocean to dinner table) in its entirety.

The users can scan the QR code imprinted on “Bumble Bee Foods’ Natural Blue by Anova yellowfin tuna” package to obtain comprehensive data of the comprehensive fish-to-market journey on their smartphones.

Per the press release, “Bumble Bee is the first food company to incorporate SAP blockchain technology into its production.”

We believe incremental adoption of SAP’s blockchain service on the back of robust visibility and traceability features is expected to favor the top line.

The company is developing a blockchain-based solution along with Boehringer Ingelheim to track pharmaceuticals throughout the supply chain. This will be a notable step against the abuse of drugs.

The company’s initiatives to aid its clientele in delivering products with reduced time-to-market by utilizing blockchain technology bodes well. In fact, blockchain technology market is projected to reach $23.3 billion by 2023 from estimated $1.2 billion in 2018 at a CAGR of 80.2%, per data from MarketsandMarkets.