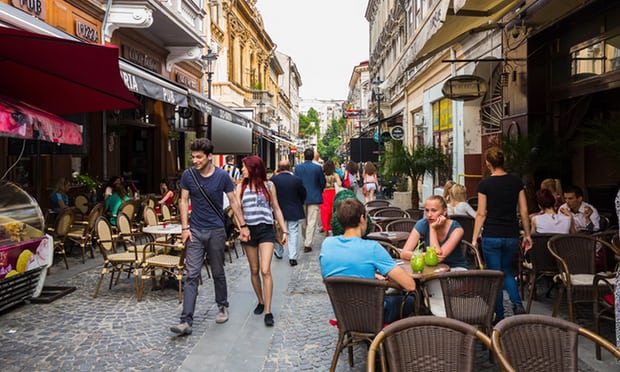 Since it joined the EU in 2007, government economic measures and communist-era educational excellence have spurred rapid growth At a sleek new office in the heart of Bucharest, Fitbit co-founder and chief executive James Park explains why the smartwear giant is rapidly expanding its operations in Romania – and following the lead of a host of multinationals. “The tech talent here is amazing. Romania and other countries in central and eastern Europe have great existing talent, and also great universities,” he says.

The US company, which bought Romanian smartwatch brand Vector Watches for a reported $15m (£11.4m) late last year, and has tripled its staff in Romania since, has just opened its largest research and development centre outside the US, in the Romanian capital. It’s not alone: in recent years, major global companies such as Siemens, Ford and Bosch have set up or expanded operations in Romania, boosting an economy that’s already growing at speed.

While many see Romania as a country of migrants flocking abroad to find work, back home the economy is booming. The services sector is expanding at pace, along with exports and manufacturing. Meanwhile, private consumption – from clothes to furniture and cars – hit a nine-year high in 2016, and increased a further 8% in the first half of this year.

The best apps for parents

The Need Of Mobile App Internationalization in 2020