Rise of the Virtual Super-Teacher 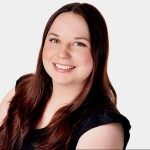 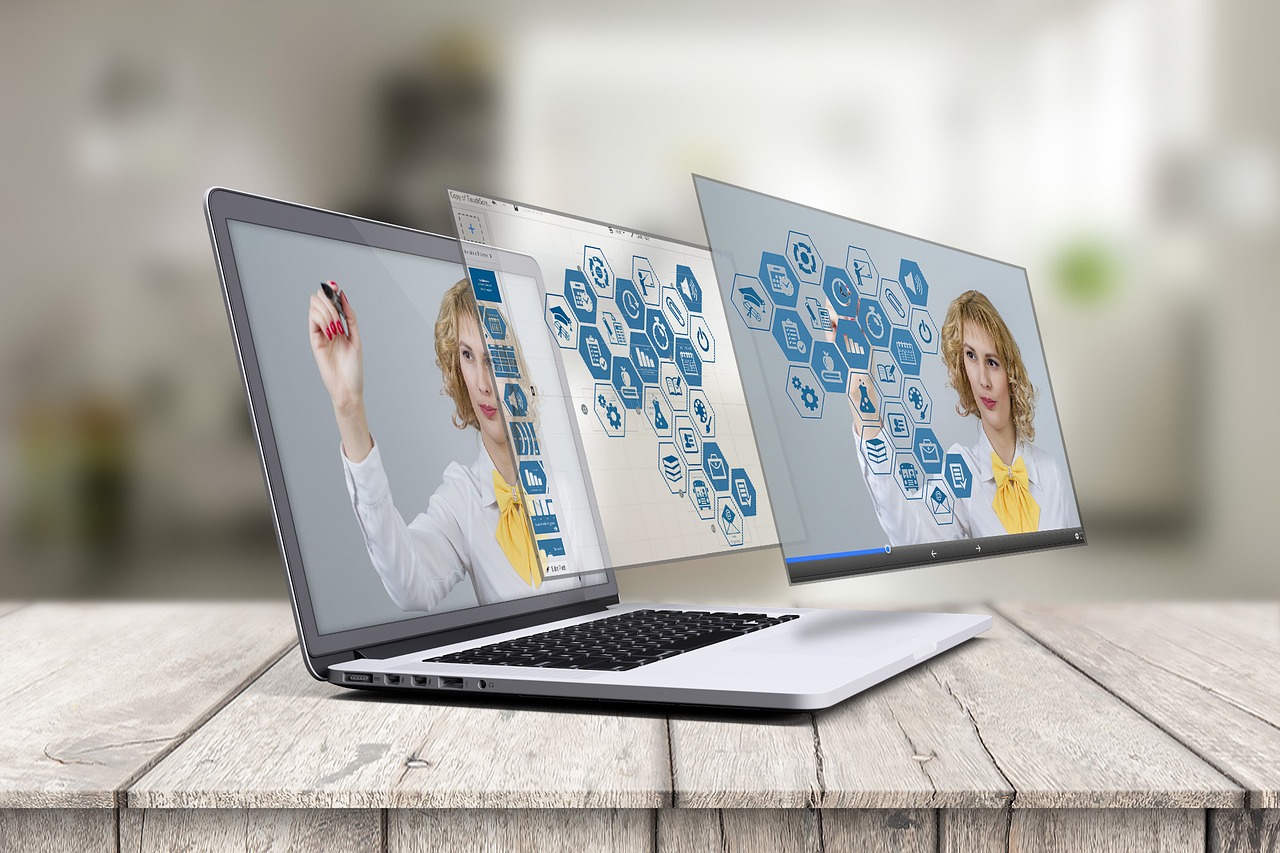 How AI-powered personalization and immersive technologies are set to fundamentally transform the way we learn.

“It seems to me that it is through this machine that for the first time we will be able to have a one-to-one relationship between information source and information consumer.”

These are the eerily prophetic words of the late Science Fiction author and futurist visionary Isaac Asimov, long before Google became a verb.

“In the old days people would hire a tutor for their children and they’d adapt their teaching to the tastes and abilities of their students. But how many people could afford to hire a pedagogue? Most children went uneducated, and the only way to educate the masses was to have one teacher for a great many students, and to organize this they followed a curriculum. So we either had a one-to-one relationship for the few or a one-to-many relationship for the many, but now, there’s a possibility of a one-to-one relationship for the many. Everyone can have a teacher in the form of the gathered knowledge of the human species.”

Asimov’s tantalizing promise of scaling one-to-one instruction would, quite literally, give students the best of all worlds.


Now let’s take this one step further, and imagine teaching a class with hundreds of students, yet being able to pay perfect attention to each one, detecting the slightest hint of confusion and projecting the appropriate reaction accordingly. This would give teachers super-powers they could not dream of leveraging in normal classroom environment.

That scenario might actually be much closer than we might think, with the advent of immersive technologies that integrate with Artificial Intelligence (AI). Since Virtual Reality (VR) relies on motion capture to work, it already has the inbuilt mechanisms capable of capturing and interpreting body language to create a “digital footprint” of each user.

The next step then is to use AI and machine learning to “teach” systems to filter, adapt and personalize interactions accordingly. It would be the ultimate fulfilment of Asimov’s vision, and something that leading academics in this space have long predicted.

“VR is the most psychologically powerful medium in history,” says Jeremy Bailenson, Communications Professor at Stanford University. In his recently published book Experience on Demand, Bailenson recounts how, although he’s been studying VR and its practical applications since the 1990’s, he is often taken aback by how much more impactful it is compared to other media, particularly where it is applied to learning, which led him to confidently assert that “almost any skill can be improved by virtual instruction.”

In his study of transformed social interaction Bailenson investigated how this could work in practice: “Unlike telephone conversations and video-conferences, interactants in virtual environments have the ability to systematically filter the physical appearance and behavioral actions of their avatars in the eyes of their conversational partners, amplifying or suppressing features and nonverbal signals in real time for strategic purposes. These transformations can have a drastic impact on interactants’ persuasive and instructional abilities.” In other words, the amount of engagement that a teacher’s avatar had with its virtual students had demonstrable impact on their engagement – and consequently in their learning.

The reason which makes VR such an effective and impactful learning tool is that it allows learners to achieve what is known as psychological presence. This essentially means that when we enter a virtual environment, we believe we are present, in spite of our conscious brains telling us that this is indeed a simulation. An important element in achieving such psychological presence is the concept of embodied cognition, which tells us that people absorb information better when performing actions themselves – rather than watching others do so or hearing/reading about them.

“Embodied cognition acknowledges that the mind and body are agents working together to make meaning of our experiences. It’s the idea that our mind alone does not dictate our worldview but instead that our cognition is shaped by the relationship between our mind and our body to inform and navigate our world, make meaning from our environments, and ultimately to result in learning,” explains educational and developmental psychologist Lindsay Portnoy.

Emerging research on VR indicate that the environment is a powerful tool from which we can create meaningful experiences that can effect great changes in our ability to perceive and understand the world around us. One study demonstrated that immersive VR provides better learning of physical movements than a two-dimensional video, and researchers from the University of Chicago found that simple gesturing in elementary students could potentially change and improve their knowledge. Current research by Disney, on the other hand, shows how VR is fast becoming seamless enough to enable it to replicate and synchronize with physical world behaviours such as catching a ball.

The advancement of Artificial Intelligence (AI) and Machine Learning technology will enable such datasets to be leveraged in a responsive and contextual way. This combination of AI and immersive capabilities means that future learning environments will become increasingly personalized, adapting to the individual needs of each user in real-time by analysing their “digital footprint” data.

“I’m reminded of an article I read about a father who felt “super human” while using his Amazon Echo. He and his kids loved interacting with the speaker and found the ability to call Ubers, order pizza and play music to be truly empowering and immersive – it really felt like they were interacting with an actual person,” says Ryan Andal, president and co-founder at Secret Location, who says he’s felt the same “super human” effect while using VR: “When I imagine how many jobs will be lost through automation and AI, I’m encouraged by how VR can combine with AR to allow us to be ‘super human’ and decrease knowledge gaps, learning curves and barriers for collaboration. VR will essentially allow declining markets to rejuvenate much faster than normal because of how powerful it can be as an educational and training tool.”

Andal believes that when VR becomes more accessible and affordable, distance learning could be the medium’s most important use case, opening the doors to spreading education – in its broadest possible sense – into areas typically shut out from it.

“We often think of education in the traditional sense – children in a classroom – but I believe VR is best used for training and learning new skills or trades. In that sense, VR is a complete overhaul of what’s possible! It eliminates the need for expensive materials to practice on and can put students in an array of situations that cannot normally be simulated for training purposes. VR means students will get that coveted “real-life work” experience sooner than usual.”

We are, in fact, already seeing such practical training applications emerging in a broad range of areas. The U.S. alpine team recently turned to VR to allow American racers to memorize the hill and take hundreds of virtual runs down a fast, tricky course in preparation for the 2018 Winter Olympics. They are the first known Olympic team in the world to utilize virtual reality in their training.

Troy Taylor, high performance director for U.S. Ski and Snowboard Association, believes giving a racer the ability to experience the course in VR multiple times ahead of the games gives his team a crucial competitive advantage. STRIVR, the company which developed the simulation, has been working for many years with various sports outfits such as the NFL and NBA to improve athlete’s performance through virtual training. This has been so effective, in fact that some players reported having flashbacks to games they’d only experienced in VR.

Walmart is also leveraging this to train its employees following a successful pilot program last year. The company is also working with STRIVR to incorporate VR more widely in its training. The goal, STRIVR CEO Derek Belch told The Verge in a recent interview, is to put employees in scenarios that would be inconvenient to physically re-create — like dealing with spills, or preparing for a Black Friday shopping spree.

“We’re using computer vision to map scenes, so we literally know exactly where someone’s looking,” says Belch. “Wearers might look around an environment and find the spill, for example, then answer a multiple-choice question about what effect it could have on the store,” he explains.

The global EdTech is set to grow to an estimated $252 billion by 2020, and VR is expected to capture a large proportion of that booming market. The combination of ideological and commercial incentives will therefore likely lead to accelerated development of applications and capabilities that will empower teachers and learners like never before.

Where the Internet has made great strides towards democratizing knowledge, VR will democratize experiences. Immersive technologies represent a revolution in the way we transmit knowledge and will shape how we learn and conduct business more collaboratively in a globalized, boundaryless world.

The implications of this are profound according to Bailenson: “I firmly believe that for people who love to learn, the future is going to be filled with thrilling educational experiences,” he concludes.

For those interested in exploring the potential of Immersive Technologies in Learning, the Global Education and Skills Forum will be hosting an Immersive Learning Showcase and series of insightful discussions on the 17th and 18th March 2018. GESF 2018 is an initiative of the Varkey Foundation to improve standards of education for underprivileged children around the world.

Alice Bonasio is a Writer, Academic and Strategic Consultant specialising in Technology and the Creative Industries. Over the past 15 years, she has helped start-ups, corporations and institutions shape their communications strategy and tell their stories to a global audience. As well as consistently achieving top-level media coverage and securing prestigious awards for her clients, Alice managed communication strategy in challenging situations such as mergers and acquisitions, providing media training and crisis comms support to top-level executives, and engaging with influencers and policy makers. Alice Bonasio She passionately believes in the transformative power of technology, and in (at the risk of sounding like one of her favourite Silicon Valley characters) “Making the World a Better Place”. This translates into advising companies of all sizes and working on a broad variety of projects across the entire tech spectrum, but her particular interests at the moment focus on Virtual Reality technology and the impact this will have in society. Alice is a freelance journalist writing for publications such as Playboy, Newsweek, The Next Web, Times Higher Education and more. In addition to undertaking consultancy projects, speaking engagements and delivering media coaching, she is currently writing a book about how VR will change relationships in the new digital age and seeking a publisher for a volume on Education Technology which will help parents, educators and students navigate through the fundamental reshaping of the classroom which is taking place as a result of EdTech adoption. Some of the initial research output for these projects can be found on the blog. With 4 nationalities (US, Brazil, UK and Italy) and a strong track record working across international markets, Alice has the multicultural perspective and flexible language skills to scale up ideas globally. A self-confessed geek, Alice is very active on social media and always welcomes new connections, particularly on LinkedIn and Twitter, where she curates technology news alongside more self-indulgent pursuits such as LEGO addiction, Star Wars and adorable ginger dogs named after Sherlock Holmes characters.