The use of IoT tech in the retail sector is growing fast, but where’s the killer app? 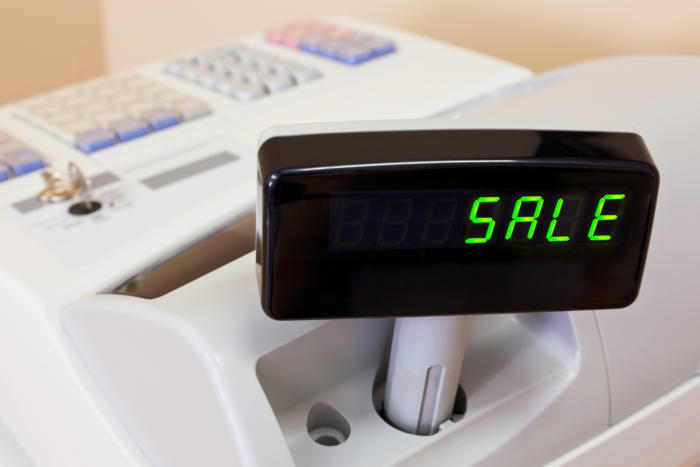 Bridging the gap between online and in-person shopping, increased automation, and new ways to engage with customers (mostly by showing them ads) are all concepts with major upside for retailers, but the technology has only recently started to take hold.

Some of IoT’s presence in the retail world isn’t retail-specific. Companies use asset-management systems, integrated HVAC and other smart-building tech just like many other industries, according to analysts, but physical retailers have been having a tough time across the board lately, and investments in new technology can quickly fall down priority lists.

Nevertheless, IoT is slowly slipping into the mainstream of the retail world, and one of the biggest players in the room, unsurprisingly, is leading the way.

Retail titan Amazon has been a user of IoT technology for a long time – the complexity and automation used in its vast web of supply chain and logistics functions are already well-documented and aimed squarely at efficiency. Armies of robots wrangle packages in huge warehouses, and centralized planning and development software determines the most efficient possible way to ship Amazon’s myriad products around the globe.

Interestingly, some of the most cutting-edge IoT tech isn’t really relevant to such an operation, according to Sucharita Kodali, vice president and principal analyst at Forrester.

“IoT is very expensive and is used for monitoring high value shipments like medical supplies, often that need temperature control, not for toys or lower-value holiday purchases, many of which are sent through the cheapest shipment method possible to save costs,” she said.

But the Amazon retail division’s designs for the future are larger still than its online shopping empire. In addition to its new wave of traditional brick and mortar stores, currently operating in 22 states and the District of Columbia, the company’s Amazon Go stores are pioneering a completely automated shopping experience.

It works like this: Shoppers scan a barcode upon entering the store to “sign in.” They simply grab whatever they want from the store’s shelves, leave, and the app automatically adds up their bill and charges their Amazon account.

Obviously, there’s a lot going on behind the scenes of a store like this, according to Gartner research vice president Mark Hung. Central to the whole concept is smart vision technology, which uses cameras to track individual shoppers and their physical positions in the store, but there’s more to it than that, and the company hasn’t publicized the exact details of how the system works.

Nevertheless, there are hints, and Hung thinks some of it has to do with sensors in the shelves themselves.

“Amazon’s never disclosed what they’re using for Amazon Go stores, but if you do some searching online, you’ll find they’ve filed patents for that kind of smart shelving technology,” he said.

That, at least, is how a startup called Zippin, which is pursuing a similar type of fully automated retail experience, is going about the process. Weight sensors built into store shelves supplement the smart vision technology to provide more accurate tracking. Zippin founder Krishna Motukuri told Fast Company in Augustthat a 1,000 square foot bodega-style mini-mart could be covered by just 15 cameras – Amazon Go uses hundreds for one of its (albeit larger) stores.

Zippin currently operates a flagship store in San Francisco, mostly as a way to showcase its technology. Amazon Go has six locations – three in Seattle, two in Chicago, and one in San Francisco – but plans to open as many as 3,000 stores by 2021.