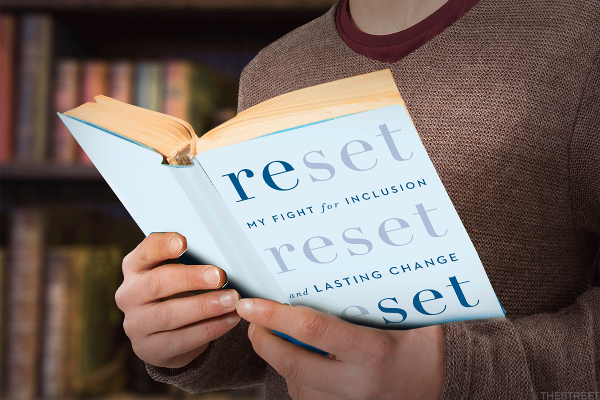 What’s in it for me? Be inspired to fight for what you believe in.

Reset Ellen Pao Summary – The Pao vs. Kleiner case garnered some heavy media attention, and there’s a good chance you’re aware of it. But perhaps the struggles and obstacles Pao had to endure leading up to the trial are less well known.

What was it like working at Kleiner? What were the challenges faced by Pao and other women working at the firm? And how did she come to pursue a lawsuit against one of the most powerful venture capital firms in the world?

This article will give you an insight into the events leading up to and surrounding the case, as well as how Pao dealt with the blow of losing to Kleiner.

Deeply ingrained sexual discrimination makes it hard for women to succeed in the workplace.

Ellen Pao grew up believing that a good education would inevitably lead to success, and so when she graduated from Harvard Law School in 1994, she saw endless career opportunities laid out in front of her. When she began working at the well-known New York City law firm Cravath, Swaine & Moore as a corporate lawyer, however, she quickly realized things weren’t going to go quite how she’d expected.

One of the things Pao noticed was that sexual discrimination had become so deeply rooted in the workplace that it often happened without anyone noticing it, sometimes not even the person on the receiving end.

A coworker who was black and female was constantly mistaken for an administrative assistant or a paralegal, despite being dressed in suits donned only by attorneys. Furthermore, even though as a lawyer she had the authority to use company cars, Pao’s coworker faced difficulties in doing so.

At the time, Pao’s coworker didn’t think too much about it, and thus never reported what happened. Ultimately, however, she was so distressed by these experiences that she ended up leaving the profession entirely.

The case of Pao’s coworker serves as a reminder of how it’s nearly impossible to ascend the corporate ladder if you’re not one of “the boys,” despite your hardest efforts.

Pao relates a time when the head of her department invited 12 male coworkers to dinner, following it up with a visit to a strip club. Pao pointed out that going to the strip club allowed the male coworkers an opportunity to get to know their boss on a more personal level, which is a massive advantage.

These men-only events happened all the time. Pao managed to get a ticket to a hockey game once, but she was only allowed to come if she didn’t sit beside the senior partner.

Such behaviors excluded women from important conversations and opportunities, and as a result, they had to double their efforts just to keep pace with their male counterparts.

In the venture capital world, the “boys club” culture celebrates tenacity in men but not in women.

Pao finished her two-year MBA at Harvard Business School and in 2005 joined the influential venture capital firm Kleiner Perkins Caufield & Byers as chief of staff. Venture capital firms receive financial support from wealthy individuals, universities, families and pension funds, which they invest into startups, hoping for a return on investment.

The venture capital industry is dominated by men, being a real “boys club”, and is predominantly white.

On a business trip to New York, Pao shared a table with four white male colleagues. One of whom was a tech CEO and investor named Ted. The tech CEO expressed his desire to have a woman join his board. Which consisted of only men, and Pao suggested that he invite one of Google’s founding partners, Marissa Mayer. Upon Pao’s suggestion, Ted said Mayer would be too controversial.  While the rest of the men remarked that they would like her to join because she was hot.

During the early days of Twitter. Pao saw promise and potential in the platform’s ability to connect people all over the world. And so she decided to get in touch with their CEO, Jack Dorsey. She then pitched Twitter to a partner at Kleiner, but he showed no interest and dismissed her proposal.

Almost four years later, Kleiner would finally invest in Twitter, upon the suggestion of a male junior partner, of course. By that point, Twitter’s value had gone up by 400 percent.

Pao’s colleagues at Kleiner still treated her as before, despite her promotion to junior partner.

Though she was aware of the inequality rampant in the world of venture capital. Pao decided to stay at Kleiner because she enjoyed the work……………