IDC’s Cloud IT Infrastructure Tracker projects 48% of IT spend will be in cloud infrastructure by 2020. Public services lead private cloud.

Spending on cloud computing infrastructure will account for nearly half of the total spend on compute resources by 2020. As the public and private cloud infrastructure continues to be built out, its share of the IT budget is growing, while spending on servers, storage, and switches for traditional and legacy uses has gone into a decline.

That trend has been intuitively understood for the last two to three years, but on April 11, IDC, the Framingham, Mass., market researcher, put some 2016 figures to it.

The traditional IT spending for on-premises hardware and software in 2016 will amount to 62.8% of the total infrastructure spend. Spending on cloud computing — both by enterprises for private cloud and cloud service providers for public cloud — amounts to 37.2%. 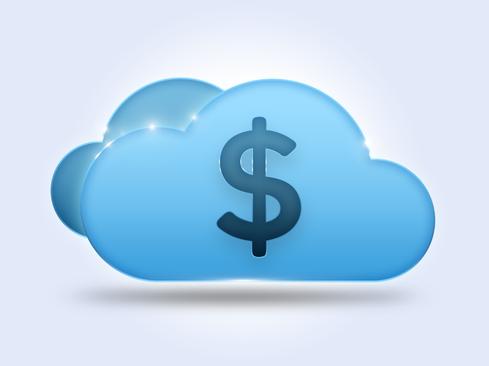 The cloud spending involved represents both enterprise IT and public cloud services, such as Microsoft Azure, IBM Cloud, or Amazon Web Services, according to IDC’s Worldwide Quarterly Cloud IT Infrastructure Tracker, which issued its first 2016 report on Monday. As such, they represent the overall trends regarding where the hardware produced by multiple manufacturers is headed, the pooled-resource setting for cloud workloads or more traditional stand-alone applications and legacy compute settings.

In 2016, IDC projects a total spend on IT infrastructure products for deployment in cloud environments of $38.2 billion, an increase of 18.9% over 2015.  Percentagewise, the increase was even larger the year before. Spending on cloud infrastructure grew 21.9% in 2015 over 2014, and amounted to a total spend of $29 billion.

Building out public clouds is attracting a greater investment than the combined spending of enterprises on private clouds. The breakdown projected for spending in 2016 between public clouds and private clouds was: Private cloud infrastructure spending will grow by 11.1% this year to $13.9 billion; the spend on public cloud infrastructure will increase 14.1% to $24.3 billion. These investments reflect a growing use by the enterprise of both types of cloud computing, often in a coordinated, hybrid cloud fashion.

“As cloud service providers continue to expand their portfolio of offerings and customer reach, the public cloud segment will deliver the highest rate of IT spending growth in a majority of regions compared to private cloud,” Natalya Yezhkova, IDC research director for storage, wrote in the announcement of the Tracker report.

IDC project investment in cloud infrastructure will grow at an average rate of 12.5% a year from 2016 through 2020. By 2020, cloud infrastructure spending will amount to $57.8 billion. At that point, cloud computing will represent nearly half — 47.9% — of the total spent on IT infrastructure by public cloud services and private enterprise.

The dollar figures don’t map precisely to enterprise IT budgets, since IDC is estimating what will be spent directly on servers, storage ,and Ethernet switching equipment going into cloud environments. But the “nearly half” share of the equipment spend may correspond roughly to how enterprise IT budgets breakdown between now and 2020: moving from roughly two thirds traditional and legacy on-premises spend to one-half the budget, as more workloads migrate into the cloud.

Yezhkova stated in the announcement that as the cloud computing investment grows through 2020, the spending on infrastructure equipment for traditional computing will decline by 1.3% a year, compounded annually.

The greater reliance on cloud computing “creates new opportunities for businesses to focus efforts on core competences, while leveraging the flexibility of service-based IT,” Yezhkova said in the announcement.

The greatest increase in spending will occur in Ethernet switches.

Their sales will grow at 26.8%, compared to servers — 12.4% — and storage — 11.3%. The build out of servers and storage appears to have occurred at an initial faster pace than networking. Over the next five years, the increased use of virtualized networking and software-defined networking based on Ethernet appears to be playing catch up. Storage for cloud computing enjoyed a strong quarter of growth late in 2014 compared to the fourth quarter of 2015, Yezhkova said.