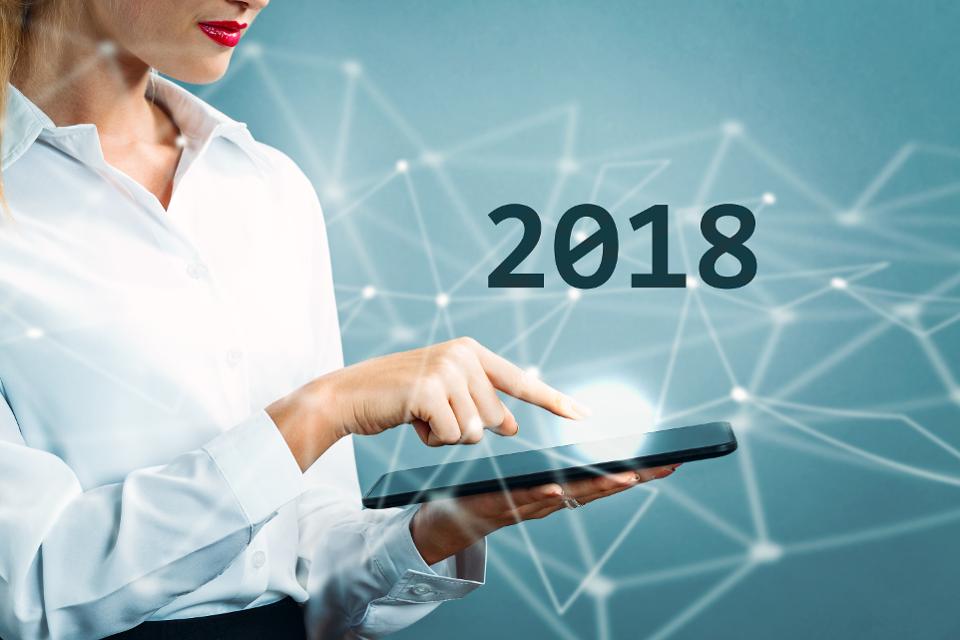 Predictions For Artificial Intelligence In 2018

2017 was a formative year for artificial intelligence, not just in terms of the advancement of the technology itself, but also for the evolution of our understanding of AI’s impact on our society. Here are my predictions on the two topics that will become the primary focuses of AI in 2018.

Algorithms will change the way we work.

When we talk about AI, often we focus on the belief that it is going to take away certain types of jobs (like cashiers or janitorial services). However, we often ignore the fact that this technology will also slowly permeate into most of our lives during work.

I refer to this as the distinction between AI and IA: artificial intelligence vs. intelligence augmentation. Despite the strides we’ve made in AI development and will continue to make in 2018, we are still years away from AI fully replacing human jobs. However, we are much closer to seeing the impact of AI permeate into almost every job and augment human intelligence.

Think about how you spend your days at work. There are likely parts of your day that require repetitive tasks or pattern recognition that could be delegated to someone without as much context and creativity. Take a doctor for example: AI will soon be able to detect and diagnose common diseases more quickly and accurately than humans. Imagine a world where computers read in a patient’s medical history, test results and scans, and they are able to present doctors with various possible diagnoses and the likelihood that each of them is correct. Now, doctors can spend more of their time interpreting the possible diagnoses, communicating with patients and developing unique, sustainable treatment plans that are most effective for each specific patient.

AI will be subject to more scrutiny.

AI is incredibly powerful and its adoption will only accelerate as it begins to augment our work and allow us to focus on the parts of our job that are most important. But part of why AI is so attractive is also why it’s so dangerous.

Algorithms are desirable for their ability to make well-informed decisions quickly and accurately. But that same power allows algorithms that are making incorrect decisions (and perpetuating biases) to do so with greater velocity and widespread impact than humans have ever had. As I mentioned in my earlier post about the Dark Side of Artificial Intelligence, there is potential for homogenous data sets to produce biased algorithms that are making important decisions about people’s lives — and we have already started to see the impact of these today (see Microsoft’s Twitter bot “Tay” and Google’s image results for gorilla).