Popularity of government examinations among Millennials 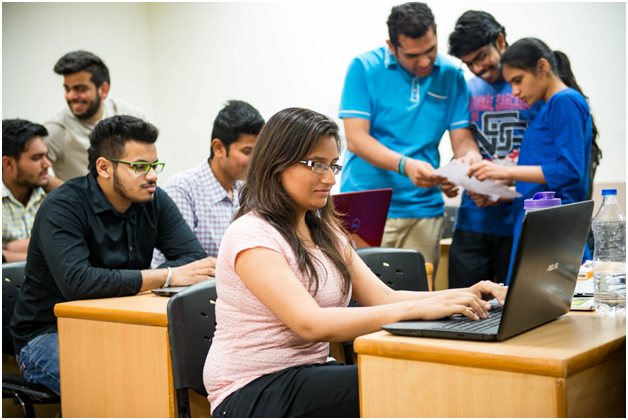 The popularity of government examinations among millennials – Not only in India but in any nation that has a paucity of stable employment facilities, comprehend the sheer significance of federal jobs. On a similar note, government examinations are like the cornerstone to those steady and secured federal jobs. The reason for the popularity of government jobs requires least description in a nation like India. In this constantly convoluting, populating and saturating era, the nation is lacking adequate jobs compared to the amount of young population. The jobs that are available are not living up to the expectations of the ever emerging population of millennials. Now, millennials might be known as the generation that prefers technology over everything and they align well with creative non-desk jobs. However, they understand the sheer value of being a government employee at the same time. Federal jobs are constantly becoming a familiar exercise for millennials and demonstrated below are some of the how’s and why’s entailed to it.

Approximately 55% of the Indian population is into federal jobs. Among the rural population, 4.37% of the rural population in India ishaving government jobs. According to the 2011/12 records there were almost 17.61 million in the nation. Millenials are a new league adding an edge to the booming percentage of the government employees. The percentage of government employees in India has undergone a significant upsurge in the recent years. The Indian government sector is putting equal effort to meet the distinctive choices and preferences of the youth to make quality employment. There are dynamic measures intimated from the government that specifically target the youth. For instance, there has been a large percentage of federal job position creation in the recent years. There are several recruitment agencies that have been contracted to increase the visibility of the available government jobs among the millennials.

The supporting benefits of federal jobs

There are several supporting benefits available when it comes to federal jobs like GATE, SSC, etc. The employee is often eligible for facilities from the government when it comes to housing loans, emoluments, gratuity, bonus, provident fund and mire. The benefits are provided in multidimensional ways. Being an employee in a private company does not provide employees with these significant pluses. Millenials can understand easily that once being a government will serve them gold for a lifetime. It is one of the most important benefits that one can avail as the facilities suffice most needs of basic survival. Millenials are finding government jobs as a great solution to a long-term proper job and choosing the same over freelancing or private jobs. Also, the process of salary payment in government jobs exhibits an appropriate decorum.

Government jobs see an opportunity when it comes to job stability

Needless to mention that job stability is a massive issue in India. Globalization has outreached its effects on government jobs as well. Job insecurity can not only worsen your professional life but can affect you mentally as well. Most of the youth in the nation are brooding on unsecured jobs and careers that provide no guarantee for a promising future. Also, taking in consideration the fact, survival is becoming more and more difficult nowadays and millennials are just in the middle of the board. Government jobs come with multifaceted benefits with a secured future and there is no room for a second thought. This is a major reason why millennials are setting their minds to federal jobs. Speaking of which GATE exam and the civil service exam is one of themost popular government exams nowadays.

Employee gets fifty percent of his salary as his pension

Another point that requires attention is that government employees receive almost half of the salary they used to get as pension. This is a huge deal and the facility is definitely not available in other options. Most of the elderly crowd depends on pensions presently in India as they receive a considerable amount of money post to retirement. Also if government employee passes away, the spouse receives the pension on behalf of him or her.

The salary prospects are comparably much higher when compared to the salary figure of private sectors. This is mainly because of the entire salary structure that includes dearness allowance, monthly basic salary as well as house rent. There is also availability of gratuity which means salary of fifteen days for one year. Government employees also receive bonus per year which also holds a substantial amount of money. Other than that, the list of retirement facilities is endless. Employees are leveraged with salary arrears, gratuity, provident fund, insurance and salary arrears. Getting a government job is not just another piece of cake, and is a time consuming procedure. Other than that, medical expenses, house rent, etc. are also taken care of when you hold a government job.

However, government job positions are often transferred to the progeny of the government service holder after his death. But the government is much more focused on the acumen and skills in the recent times. The process of external recruitment for government jobs is much more transparent, stern and precise. There are multiple options for government exam preparations. The competitive exams like GATE, SSC CHSL, and IBPS PO possess specific websites via which aspirants can easily learn and polish their existing knowledge.

The idea of government jobs also does not surround mere desk jobs with the lack of innovation. There have been much advanced positions created in the past few years encompassing industries like engineering, design and architecture, media and more;. The options are endless and this is mainly why millennials are looking government services as one of the most fruitful ventures when it comes to career options. The millennials feed on one central yearning that is leading an independent and self-sufficient life and government jobs set the perfect example to that.

What Happens If A Company Fails to Comply with KYC?