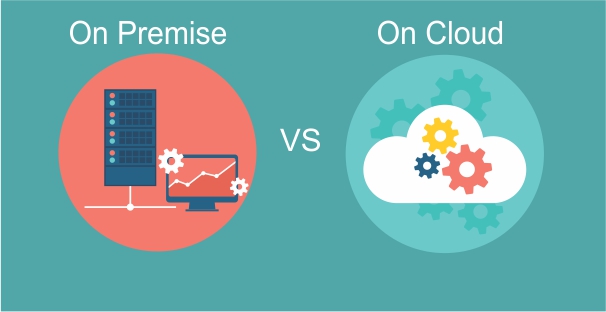 At the risk of my friends at SAP calling me crazy, I still firmly believe that cloud computing and ERP aren’t a good match. The first clues: SAP is selling Qualtrics and Oracle wants to move into our datacenter.

On Prem Cloud ERP- Of course, it’s a little misleading to say that SAP is selling Qualtrics. SAP wants to spin out the experience management company in the U.S to do a little damage control. Both companies are supposed to benefit: SAP will get back some money and Qualtrics can continue its success independently.

There are always two sides of the coin, however: Spinning out Qualtrics means that SAP is admitting defeat. It apparently really was impossible to integrate Qualtrics with SAP’s solutions or the Hana platform.

CEO Christian Klein already knew what a disaster it would be in 2019 – but he wasn’t the one leading the company back then. Now, it’s too late: Many customers have opted for Qualtrics in the hopes of seamless integration with their existing solutions, but all they will be getting now are half-hearted consolidation attempts with Fiori. So, the whole Qualtrics situation is a disaster – and others are sure to come if SAP continues down the same path.

There are applications that are suitable for cloud computing, and others that aren’t. Oracle co-founder, executive chairman and CTO Larry Ellison is one of the first to recognize this, realizing that ERP users need a completely new cloud concept, maybe also a new datacenter concept, that goes far beyond traditional hybrid cloud scenarios. Oracle isn’t saying that ERP and cloud don’t match – it’s saying that the execution of hybrid concepts up until now has been lacking.

ERP is an intimate challenge that needs to be tackled in a secure environment. A modern datacenter is the natural habitat of an ERP system. For years or even decades, SAP customers have worked on harmonizing, consolidating and virtualizing their systems – all of this work can’t have been for naught.

With its new cloud approach, Oracle is trying to preserve everything that makes on-premises operation so indispensable while leveraging the cloud’s scalability. However, Larry Ellison’s idea is not a typical hybrid approach where customers try to benefit from the best of both worlds. Oracle is trying to combine the two concepts in the hopes of creating a new one – an on-prem cloud, if you will.

6 Reasons Why You Should Update Your ERP System Regularly