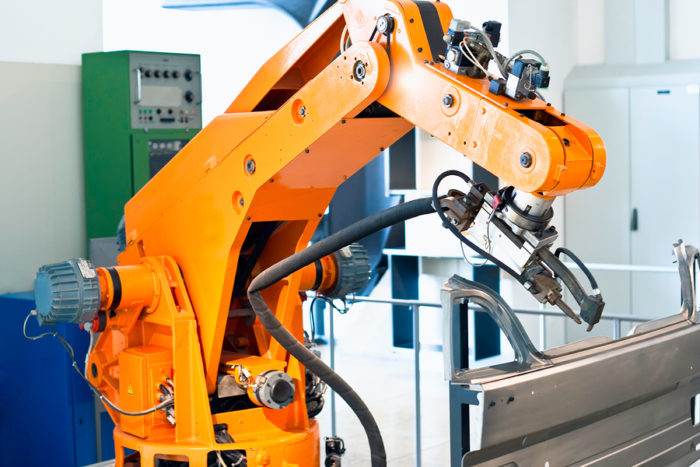 As more and more companies connect their devices to the internet or even a local intranet, they are realizing that there’s a lot of data coming off sensors, robots, and other devices. And that data is valuable. Specifically, some of that data is so valuable that it should never, ever leave the factory or office environment.

While everyone is still shouting that data is the new oil, companies that have already connected their gear are realizing that data can become a window anyone can use to determine the health of their business or gain a competitive edge. So they are trying to build and buy new systems to get a lock on the most important information while still harnessing it for their own use.

If the first stage of the IoT is getting everything online, the second stage is a reckoning when we realize that everything we put online needs a secure place to reside and policies around who can see what. The first stage was about installing these windows into the business. The second is about hanging curtains.

I’ve been wondering when we’d get to this point. Years ago, when talking to SAP about how companies were going to be able to share data between device manufacturers and suppliers on its platform, I wondered what kind of contracts companies would put in place to make sure their data stayed where it was supposed to. But back in 2014 and 2015 no one wanted to talk about that. Instead, companies were focused on building X-as-a-service-style businesses.

But now, according to Theresa Bui Revon, the head of IoT for Cisco’s Kinetic platform, companies in retail, manufacturing, automotive, and other industries are waking up to just how valuable their data really is — not just to themselves, but to their competitors. As such, when service agreements come up for renewal, they’re now asking to have data protection and NDAs put in place.

For example, an automotive manufacturer might purchase a robotic arm to paint cars coming off an assembly line. That robotic arm might be connected. The car maker wants it to be, because the connected robotic arm has a lot of benefits. For example, it can understand when it’s about to fail, and call for a tune-up before a failure occurs that would slow down production. It might even share data that could make the painting process more efficient.

However, it also has data that knows exactly how many cars it paints a day. Or how many swipes of paint it takes to create a proprietary finish. These are secrets the automaker definitely doesn’t want the robotic arm manufacturer to have, much less interpret.

When I was first thinking about these issues, I focused on legal solutions in the form of contracts and NDAs. After spending more time with companies, my hunch is that with such tight contracts and NDAs we’re going to see much deeper partnerships, but also platforms that prevent data from being shared in the first place. Cisco’s solution here is its Kinetic Platform, but other companies are also trying to make it easy to set policies around what data can be shared and with whom.