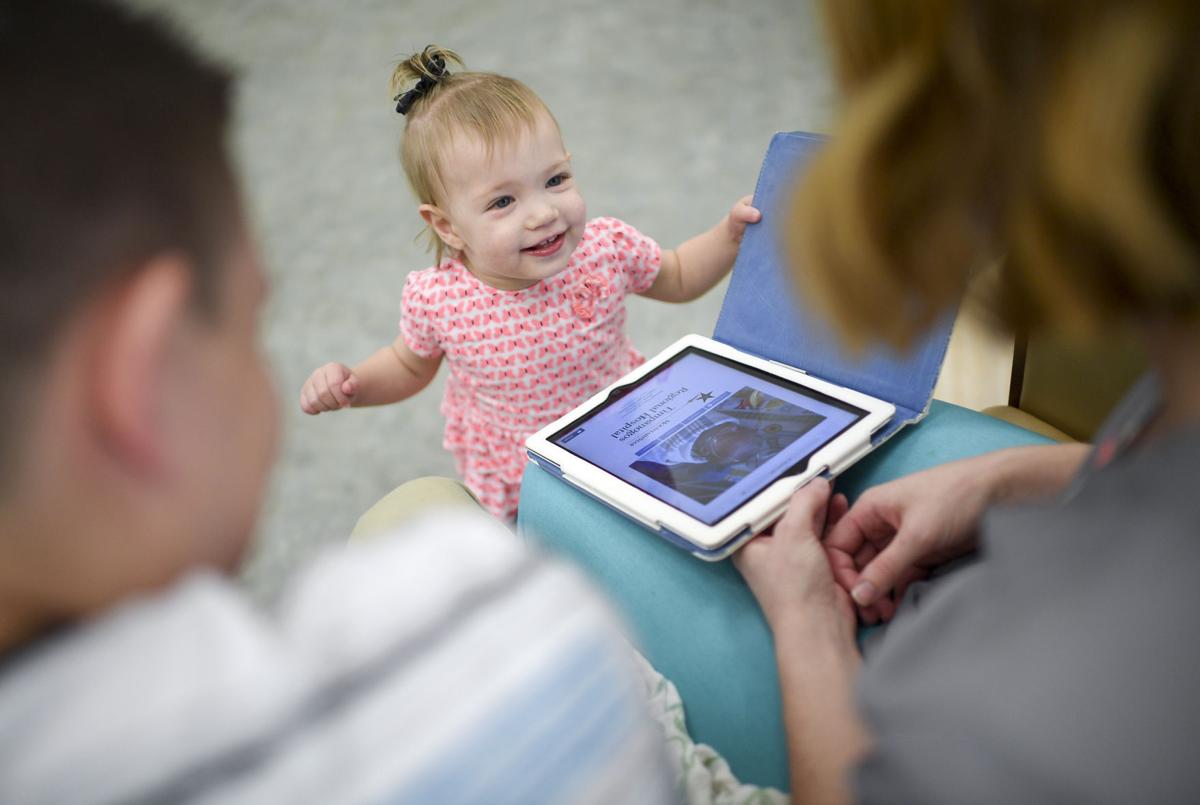 The unit added 12 NIC-View cameras in recent months to allow parents to see inside their baby’s room at any moment, day or night.

The cameras were purchased through donations to Children’s Miracle Network Hospitals.

First-time parents Libby and Dustin Puett say they would not have made it through their experience becoming parents without this innovative technology.

“We went to see if my fluid had dropped because we had been having some issues and, sure enough, it did. That’s when things started moving very fast.”

Libby went into the delivery room without her husband. He was out of town for work and couldn’t make it back in time.

“She called me while I was at work and said ‘Hey, I need to talk to you’. She said it’s happening.”

Dustin was able to watch the birth of his firstborn through FaceTime.

“He was coaching me the whole time. Just like ‘Hang in there, we’re almost there’,” Libby said.

“We basically started crying together when we heard her cry for the first time.”

Through FaceTime, Dustin said he saw his daughter before Libby did.

“I was explaining to Libby what was going on, and she was crying and it was an amazing experience.”

After that, Dustin’s only way to see his Daughter was through cameras recently installed in CHRISTUS Health’s NICU.

The technology, called NIC-View, is a small camera that has been mounted atop a baby’s bed so parents can watch their child 24 hours a day. They download an app, set up an account then can view their child through the push of a button.

Even after Libby was discharged from the hospital and Aubrey stayed, she was able to check in on her daughter.

“I watch her at home all the time. She’s the first thing I do when I wake up in the morning. I grab my phone and I’m like. ‘I’ve got to see my daughter.’

“I honestly don’t know if I could have gone home,” Libby continued. “It’s helped with post-partum, everything, just helps being able to see my baby when you can’t be there.”

It’s a view that was the next best thing for Dustin until he could finally hold his daughter in his arms for the first time.