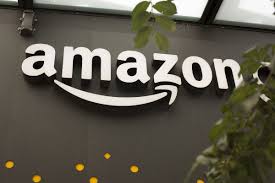 The location for Amazon’s second mega-headquarters may have been revealed after thousands of curious employees flooded a shortlisted city’s local news website with traffic.

The technology giant is on the hunt for its second home, where it will create 50,000 “high-paying” jobs and spend $5bn on designing a new building to rival its original post in Seattle.

Amazon has kept details under wraps but on Tuesday a local news website in Arlington, Virginia, hinted that it might be a front-runner after a two-month old news article describing the city’s green credentials received an unprecedented amount of traffic from an internal webpage at Amazon.com.

“Eagle-eyed readers of this site may have noticed something odd in this past Friday’s weekend discussion post: namely, the inclusion of an article from December among the most-viewed stories of the week,” an article published Tuesday on Arlnow.com stated.

It claimed that 6,000 people had viewed the page in the past week and that “the vast majority of the traffic to the page over the past week that can be tracked came from what appears to be an internal Amazon.com page devoted to its HQ2 search.”

Amazon has whittled the 238 proposals received from cities across the US, Canada and Mexico down to a shortlist of 20 prospective hosts including Miami and Dallas.

While little is known about the decision process, analysts have suggested that New York City and Washington D.C may be the ones to watch, as Amazon founder Jeff Bezos is known to spend a lot of time in both cities, which happen to be prime locations for attracting top talent.

Amazon said that current employees in the Seattle HQ will be given the option to move to the new base, but it expects to hire new teams and executives in the new city.

The tech giant, which currently employs 540,000 people around the world, said HQ2 will create tens of thousand of additional jobs and will pump “tens of billions of dollars” in additional investment into the surrounding community.