Net neutrality: FCC to vote on rules that will shape future of the internet 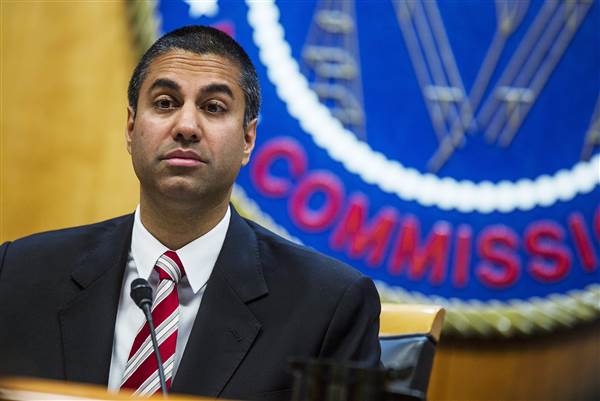 Your future internet experience now rests in the hands of the Federal Communications Commission, which is expected to vote on Thursday to end rules requiring internet service providers to treat all traffic as equal.

The five members are expected to vote 3-2 along party lines to scrap Obama-era net neutrality rules, returning to a “light touch”approach and ending what Chairman Ajit Pai has called the federal government’s “micromanaging” of the internet.

“Prior to 2015, before these regulations were imposed, we had a free and open internet,” Pai told NBC News. “That is the future as well under a light touch, market-based approach. Consumers benefit, entrepreneurs benefit. Everybody in the internet economy is better off with a market based approach.”

The end of net neutrality rules will mark a huge victory for the big internet service providers. Depending on how they decide to act, the vote could have massive implications for the way you use the internet.

Timing of the vote

Net neutrality is one of seven items the FCC has on its agenda for the meeting, which is set to begin at 10:30 a.m. ET, according to Kate Black, spokeswoman for Commissioner Jessica Rosenworcel. It’s unclear whether net neutrality is the first item on the agenda. FCC meetings can last several hours, but Black said we can expect Chairman Pai and the commissioners to hold a press conference after the meeting.

The arguments for and against

In short, net neutrality rules treat the internet like a utility, helping to control what consumers are charged and ensuring there is no paid prioritization — where internet service providers would be free to create so-called fast and slow lanes, allowing them to choose whether to block or slow certain websites.

Many Silicon Valley giants support net neutrality rules and argue that without them, the internet service providers could become gatekeepers of information and ultimately hurt consumers.