Need to make a molecule? Ask this AI for instructions 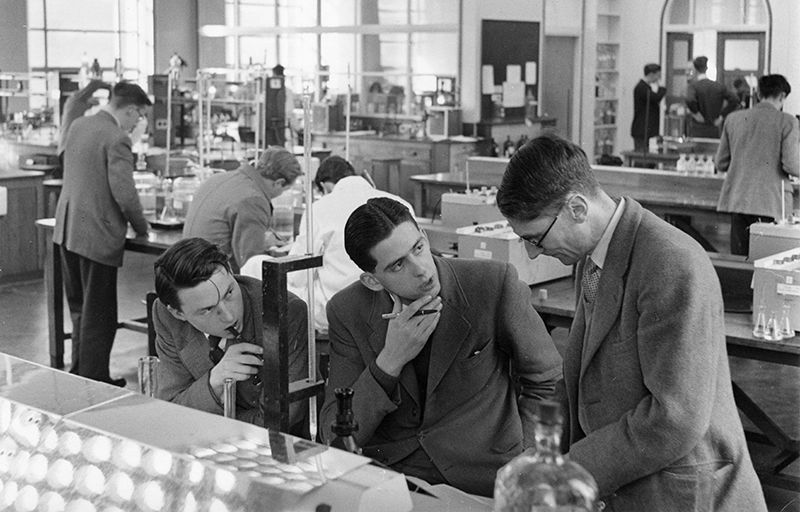 Artificial-intelligence tool that has digested nearly every reaction ever performed could transform chemistry.

Chemists have a new lab assistant: artificial intelligence. Researchers have developed a ‘deep learning’ computer program that produces blueprints for the sequences of reactions needed to create small organic molecules, such as drug compounds. The pathways that the tool suggests look just as good on paper as those devised by human chemists.

The tool, described in Nature on 28 March1, is not the first software to wield artificial intelligence (AI) instead of human skill and intuition. Yet chemists hail the development as a milestone, saying that it could speed up the process of drug discovery and make organic chemistry more efficient.

“What we have seen here is that this kind of artificial intelligence can capture this expert knowledge,” says Pablo Carbonell, who designs synthesis-predicting tools at the University of Manchester, UK, and was not involved in the work. He describes the effort as “a landmark paper”.

Chemists have conventionally scoured lists of reactions recorded by others, and drawn on their own intuition to work out a step-by-step pathway to make a particular compound. They usually work backwards, starting with the molecule they want to create and then analysing which readily available reagents and sequences of reactions could be used to synthesize it — a process known as retrosynthesis, which can take hours or even days of planning.

The new AI tool, developed by Marwin Segler, an organic chemist and artificial-intelligence researcher at the University of Münster in Germany, and his colleagues, uses deep-learning neural networks to imbibe essentially all known single-step organic-chemistry reactions — about 12.4 million of them. This enables it to predict the chemical reactions that can be used in any single step. The tool repeatedly applies these neural networks in planning a multi-step synthesis, deconstructing the desired molecule until it ends up with the available starting reagents.