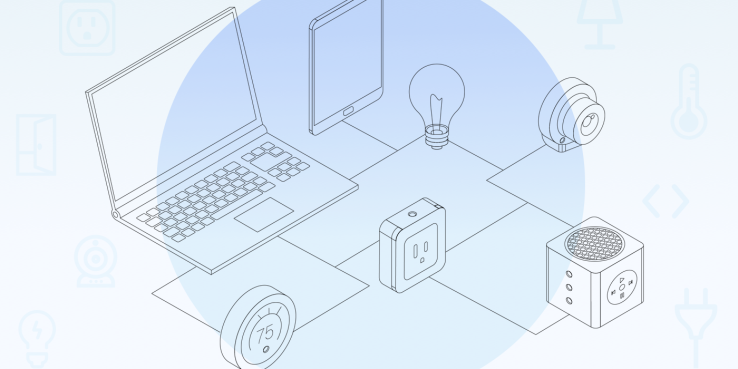 Apple, Google, Amazon and Samsung have all been working hard to create their own standard to control all the connected devices around your home. Mozilla just announcedthat anybody can now create an open gateway to control the internet of things. The organization also confirmed that it is still working on a set of frameworks and open standards so that we don’t end up with an internet of things controlled by big tech companies.

Connected devices are great, until you realize that your connected thermostat only works with the Amazon Echo and your connected lightbulbs only work with Siri and the Home app.

Accessory makers also don’t necessarily want a handful of big tech companies to control the internet of things. Tech giants could end up charging expensive licensing fees to work with their ecosystem. And customers end up having to make tough decisions.

Mozilla is a big proponent of the open web. So it seems natural that the not-for-profit organization has plans for connected devices. Project Things encompasses multiple projects, so let’s look at Mozilla’s work.

First, Mozilla wants to create an open standard with the W3C around the Web of Things. The idea is that accessory makers and service providers should use the same standard to make devices talk to each other. The specifications rely on JSON, and a REST and WebSockets API. Those are standard data and API models on the web, and they should work perfectly fine for connected devices.

Second, Mozilla is working on a Web of Things Gateway so that you can replace your Amazon Echo, Philips Hue hub, Apple TV and Google Home with an open device. You can already create a gateway using a Raspberry Pi 3, and ZigBee and Z-Wave USB dongles.

Eventually, manufacturers could leverage this work to create their own gateways. Maybe Netgear could embed a Web of Things gateway into their next router — your router is connected to the internet and runs 24/7 after all. Developers could also create bridges between the HomeKit API or Amazon’s Smart Home Skill API so that all devices work with your Amazon Echo, Google Home or iPhone without too much effort. Web of Things could become the common language between those proprietary APIs.

Finally, Mozilla is creating the interface to control your connected devices. You can add Mozilla’s progressive web app to your smartphone home screen and control your home. For instance, you can use your voice to turn on the lights, create IFTTT-style rules to automate your house, add a floor-plan to lay out your devices and more.

Mozilla has designed an add-on system so that you can add support for new devices and protocols by installing plugins. It’s important to note that all of this runs on your own gateway in your house. Google or Amazon can’t see when you turn on the light using your voice.