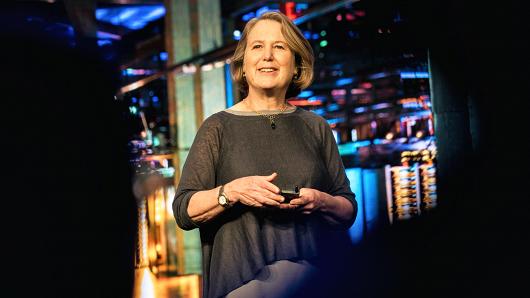 Google‘s growing cloud business is trying to bring artificial intelligence to the masses, not just to the experts.

The move follows a pattern of cloud players attempting to use ready-to-go AI services as a way to lure companies to use more of their services. Google has used AI in several parts of its business, and now the company is looking to make the technology easier for many people to adopt, which could boost Google’s cloud effort as a whole.

On Wednesday the company introduced a tool that’s designed to simplify the process of deploying AI in business applications. It’s called Cloud AutoML, and it’s already being used by companies including Disney and Urban Outfitters to make search and shopping on their websites more relevant.

Cloud AutoML is starting with image recognition, allowing customers to drag in images and train their systems to recognize them on Google’s cloud.

“Currently, only a handful of businesses in the world have access to the talent and budgets needed to fully appreciate the advancements of ML and AI,” Jia Li, head of research and development for Google’s cloud AI unit, and Fei-Fei Li, the group’s chief scientist, wrote in a blog post. “We believe Cloud AutoML will make AI experts even more productive, advance new fields in AI and help less-skilled engineers build powerful AI systems they previously only dreamed of.”

Cloud AutoML Vision can figure out what’s inside images that users upload, train a model based on those images, provide analysis of the model, and then start to make sense of new images as they come in, based on what it has learned. The new service joins Google’s Cloud Machine Learning Engine and its Cloud Vision application programming interface but unlike those products, the Cloud AutoML portfolio wasn’t designed just with developers in mind.