MIT Knows That AI Is The Future 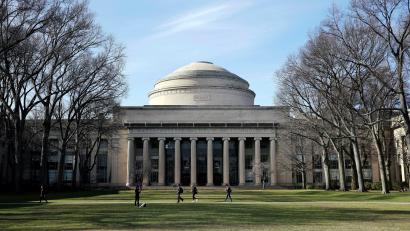 AI Is Future- MIT has launched the Stephen A. Schwarzman College of Computing, a $1 billion center dedicated to “reshaping its academic program” around AI. The idea, said MIT president L. Rafael Reif, is to use AI, machine learning and data science with other academic disciplines to “educate the bilinguals of the future,” defining bilingual as those working in biology, chemistry, politics, history and linguistics with computing skills that can be used in their field.

The center, being built with $350 million from Stephen A. Schwarzman, CEO of private equity firm Blackstone and the world’s 34th richest person according to Forbes, will be a pioneer in developing the potential of a discipline that will change the world as we know it. As Erik Brynjolfsson and Andrew McAfee noted in the highly recommended “The Business of Artificial Intelligence,”

…over the next decade, AI won’t replace managers, but managers who use AI will replace those who don’t.”

Creating an independent multidisciplinary center recognizes that AI will affect professionals in just about every field will be replaced by those who know how to use tools such as AI, machine learning or data science. The process is already underway in two fields as different as management and health sciences, where professionals are increasingly required to understand how to analyze data or carry out diagnoses using algorithmic tools.

Last week, Google presented studies showing that its image analysis algorithms are already capable of identifying tumors in breast cancers with 99% accuracy. Other studies published in prestigious medical journals confirm that diagnostic tests such as echocardiograms can already be fully interpreted automatically. Last year, when I was asked at the Netexplo innovation event in Paris to present one of the winners, the Indian medical imaging diagnostic company Qure.ai, my conversation with one of its founders on the stage tried to explore fears that humans are being replaced by machine learning and AI: how did radiologists feel when, having given their image files to the company to train their algorithm, they saw that it was capable of diagnosing tumors with greater precision than physicians? After a brief period of adaptation, medical professionals decided they were better leaving it to the algorithm to carry out this work — diagnoses sometimes involve examining tens or hundreds of very similar images — and instead devoted their time to other, more productive tasks. Some forecast that the next generation of doctors would no longer bother trying to make a diagnosis by looking at an X-Ray and that the practice would be seen as something dangerous that doctors did in the old days. Algorithms won’t replace radiologists, mammographers or echocardiographers… but those who know how to use artificial intelligence and machine learning in their diagnoses will replace those who do not, who will likely be seen as a potential risk to patients.