How Microsoft the giant of the 90s, survived the first tech backlash

Feb 11, 2018 How Microsoft, Microsoft, survived the first tech backlash, the giant of the 90s 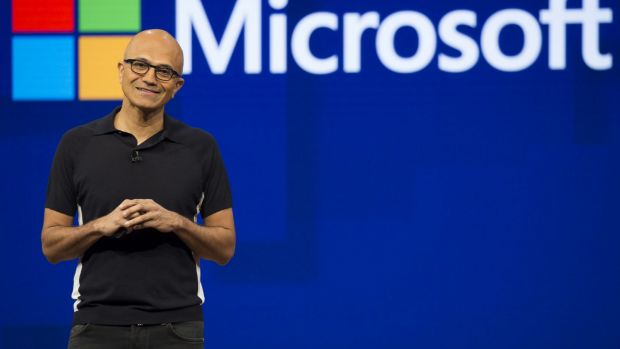 In 1998, it was the poster child for America’s ascendant tech industry,  respected and feared for its stranglehold over the PC software market through its Windows operating system.

In a symbolic moment that year, it unseated the century old industrial icon General Electric to become the world’s most valuable company.

Then came the backlash.

That May, amid mounting concerns over its dominance and businesspractises, the US Justice Department sued the Windows-making giant for anti-competitive behaviour.

It wanted to break the company up.

“There was a period where the strength we had in the industry gave some people the reputation that we were stronger than we should have been,” Kurt DelBene, Microsoft‘s head of corporate strategy and operations, and a 20-year veteran of the company, told me at its head offices this week.

The case (which was ultimately settled – with the company forced to unbundle its Internet Explorer browser from Windows) arguably marked the beginning of the end for Microsoft‘s reign as the world’s most important tech company.

Now, two decades later, a potentially even more significant backlash against the giants of tech industry is fermenting.

But this time, the company behind Windows, Excel and Word isn’t in the crosshairs. Partly due to the strategy put in place by its current leader.

It is now four years since Satya Nadella, a mild mannered, Indian-born cricket enthusiast took the reins as Microsoft CEO.

He replaced the bombastic Steve Ballmer, who was obsessed with expensive forays into whatever the flavour of the month in the tech industry seemed to be – the search advertising business, MP3 players, smartphones – with mostly disastrous results.

“We didn’t have sufficient focus,” recounts DelBene, who among other things now oversees the company’s mergers and acquisitions activity.

Under Nadella, Microsoft has sharpened its focus on key strengths: Selling productivity software people use at work, and selling ‘cloud computing’ services to big companies.

It might sound boring. But boring is a good place to be right now.

The tech sector is arguably even more powerful now than it was at the turn of the millennium.  But in the breathless coverage of surging tech stocks or awe inspiring technologies that have dominated business coverage in recent years, Microsoft has generally been excluded.