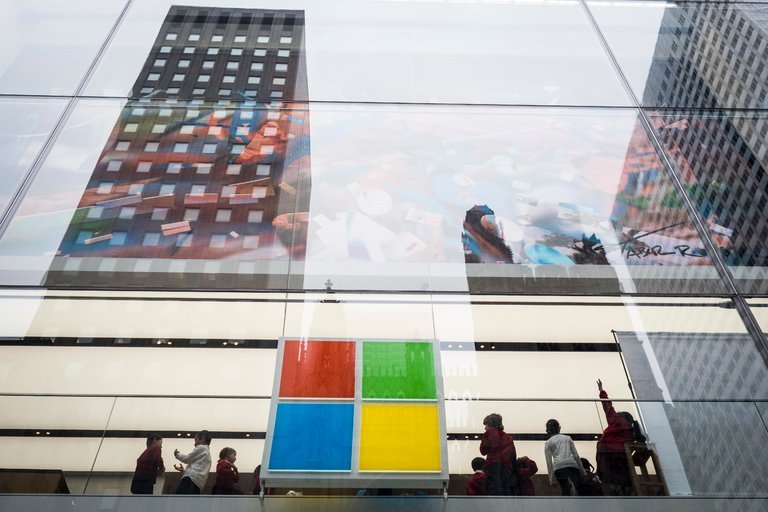 Microsoft has spent years adjusting its business to reflect a shift from traditional software sales to cloud computing services delivered over the internet.

It is a bet that continues to pay off for the company — as was evident in its quarterly earnings released Wednesday.

The report was blemished by a charge of $13.8 billion related to recent changes in tax law in the United States, which caused Microsoft to report a net loss. But putting aside the tax-related charge, which was widely expected and will probably impact other tech companies, Microsoft’s business showed the kind of growth that has attracted investors in recent years.

The portion of Microsoft’s cloud business that involves selling to companies — called commercial cloud — grew 56 percent, to $5.3 billion, in the quarter that ended on Dec. 31. Like many legacy software companies that cater to the huge corporate computing market, Microsoft was caught off guard by the emergence of cloud computing in the form of online storage and computing services offered by the internet retailer Amazon.

After Satya Nadella took over as chief executive in 2014, the company redoubled its efforts. Microsoft is now widely considered the No. 2 cloud provider after Amazon.

Microsoft’s overall revenue last quarter rose to $28.92 billion, up 12 percent from the same period a year earlier, as everything from its Office applications business and Xbox gaming console — both buoyed by cloud computing services — showed growth.

Microsoft’s shares dropped about 1 percent in after-hours trading following the release of the results, though both revenue and the adjusted earnings figure were significantly better than Wall Street forecasts.

One of the company’s oldest businesses, Office, saw its commercial revenue grow 10 percent in the quarter. Even the number of consumers who subscribe to a cloud version of the application suite, called Office 365, rose to 29.2 million from 24.9 million during the same period a year earlier.

The company’s gaming revenue jumped 8 percent, primarily as a result of hardware sales resulting from the introduction of a new console, Xbox One X.