Red Hat and Microsoft, archenemies of yesteryear, bury the hatchet and vow to work together to make hybrid cloud computing easier.

Redmond, Wash., and Raleigh, N.C. are two locations that have seldom been linked, except in accounts of tech companies taking antagonistic swipes at each other. On Nov. 4,Red Hat and Microsoft joined hands in a new Linux and Windows partnership.

Red Hat was always been anathema to Bill Gates, Microsoft in general, and especially to Steve Ballmer during his reign as CEO.

When I wanted to think of the most difficult deal for an IT manager to swallow, what came to mind was, “buying commercial Linux from Steve Ballmer.” I mean, think of the technical support you’d get. “Something doesn’t work? What did you expect!” delivered with maximum volume and bluster.

Suppliers of Linux products should negotiate agreements with Microsoft that would indemnify them and their customers against potential Microsoft infringement claims, Ballmer advised Linux users. At a moment when it needed an infusion of cash, Novell reached such an agreement on behalf of its SUSE Linux on Nov. 2, 2006. Microsoft purchased 70,000 support coupons for SUSE in exchange.

Several other Linux suppliers signed up, though they tended to be the likes of Melco Group, Xandos, Linspire, and LG Electronics. 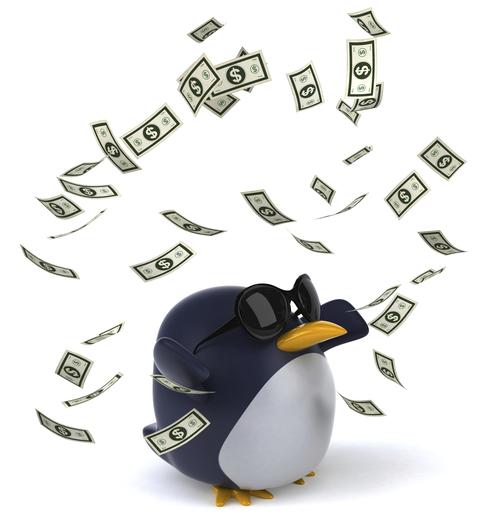 It was never clear to me whether they were paying Microsoft royalties or whether Microsoft was paying them in some form, like the SUSE coupons, to sign a deal. But the announcement of several small deals lent fuel to the rumors that Microsoft planned to sue Red Hat and bigger Linux distributors and customers. Red Hat refused to consider Microsoft’s demands to negotiate over patents.

At one point in the proceedings, Microsoft sued a small company, TomTom.

As recently as Oct. 2014, the stand-off was still going on, although it became harder to say at whose insistence.

Newly installed CEO Satya Nadella came to San Francisco to talk up Microsoft’s willingness to work with open source code projects and run Linux in the Azure cloud. InformationWeek asked him at the press conference, “If Microsoft loves Linux, why isn’t Azure running any Red Hat Linux?” Nadella didn’t provide a direct answer, but he made it clear the barrier was no longer inside Microsoft.

“We’d love to have Enterprise Linux running on Azure,” Nadella said at the time.

Over much of the next year, if Ballmer had viewed Red Hat as the enemy, Red Hat returned the compliment by continuing to view Microsoft as a willful, proprietary Goliath.

When it came time to declare a truce, the figure doing so was Paul Cormier, Red Hat’s president of products and technologies. The Digital Equipment Corporation veteran seems to have taken some inspiration from DEC founder Ken Olson, who formed a similar alliance with Microsoft in the 1990s, when it was in both companies’ interests.

Cormier wrote in a Nov. 4 blog post: “While today’s news does not mark our first collaboration with Microsoft, it is by far our deepest, and I hope that customers, ISVs and developers alike share our excitement.”

In effect, Windows Server and Linux have taken over the enterprise data center and account for the vast majority of computing done there. Both recognize the other is one of the survivors of the massive shakeout brought on by the success of the Intel x86 architecture, driving Solaris, AIX, HP-UX and proprietary systems back into the corners.

The cloud to date is based almost exclusively on x86 servers, with Red Hat remaining the Linux flavor of choice for most Linux production systems. Windows Server is the only viable alternative. But there’s another reason why these two parties have set aside a generation of antagonism to shake hands.

In such an environment, it’s wise for the surviving operating system vendors to declare victory and make things easier for customers, lest someone else comes along with a better solution.

Azure will be certified by Red Hat as a cloud service provider, making it easier to move RHEL workloads in and out. Red Hat Cloud Access subscribers will be able to move their existing virtual machine images onto Azure. Red Hat Cloud Forms formatting system will work with Azure. Red Hat’s JBoss application server and other JBoss parts will be supported on Azure, opening the door to many more Red Hat workloads.

Krishnan Subramanian, head of the OpenShift PaaS for developers at Red Hat, assures me that an integration that was already started through third parties to allow use of .Net tools in OpenShift will continue, with a Red Hat supported version in OpenShift Origin.