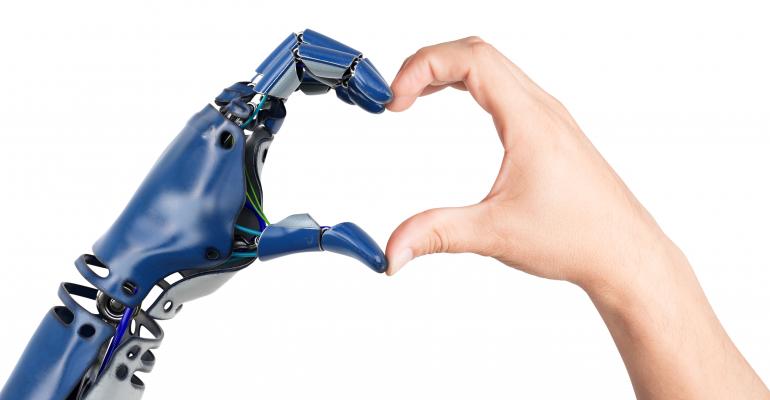 Are you in love with your ERP?

Manufacturing Cloud ERP- It’s pretty much inevitable: you’re going to watch at least one rom-com this Valentine’s Day. Either your significant other will force you to, you’ll see one by accident on TV, or you’ll actually want to.

That’s really none of our business.

All we’re saying is that you might prefer a rom-com that actually has something to do with your work.

So, here’s a love story you won’t just forget as soon as you surf to another channel.

Manufacturer Dragged Down by Current Relationship

Our protagonist—let’s call him Joe Manufacturer—is doing pretty well in life. He’s kind of a perfectionist, striving for zero defects in everything he does. Everyone seems to love him—in fact, he has a reputation for lean manufacturing and just-in-time delivery.

But behind this veneer, he’s hiding something. Many aspects of his life are in disarray.

Joe is having to spend far too much time just keeping up the appearance of success. He sinks countless hours into things like physical inventory counts and manual data entry.

Plus, he’s stuck in a dead-end relationship with someone he has clearly outgrown—let’s call her Sandy Spreadsheets.

When Joe was first getting started, Sandy was just sorta “there,” so it was almost inevitable that they would get together. But every time Joe tries to grow and become something different, Sandy stands in his way and expects him to be the same guy he was right out of college.

And that’s the thing: Joe has an ambitious plan for the next five years of his life, but he can’t achieve it if he’s with the wrong person.

That’s when Joe meets someone new—let’s call her Plex.

Sure, her good looks are the first thing to catch his eye (you should see her in a browser!). But Joe is equally impressed when he hears how all her friends speak about her. They talk his ear off about how she’s easy to reach, reliable, helpful, and frankly, way smarter than Sandy.

Plex seems almost too good to be true. Joe is frankly a little intimidated about trying to start something up all by himself. So Joe calls on his wingman—let’s call him Ike Implementer—to play matchmaker. Ike helps make the connection (he has known Plex for years). And much sooner than anyone expected, Joe and Plex are officially an “item.”

Of course, you never know if love is for real until you put it to the test. Joe and Plex’s first challenge comes when Joe faces a business crisis: he has to calculate paint depletion across his manufacturing operations.

In the past, Sandy would always freak out about this process. She would offer to help Joe, but then she would require so much of his input that it actually stressed him out even more. In the end, Joe and Sandy would always get the job done, but Joe would be so exhausted that he wouldn’t have any energy left for the rest of his business.

Plex takes one look at the problem, thinks about it for a moment, and then comes up with a whole new way of calculating depletion. In fact, at the end of each production run, when the numbers don’t quite match Joe’s estimates, Plex automatically adjusts them to the nearest tenth of a gallon.

But Plex isn’t done. Within the first few weeks of the relationship, she notices that Joe is spending far too much time doing data entry in the office. She puts a loving hand on his shoulder. “Joe, let me take care of that,” she says.

“I’ll just make a few….tweaks…and before long, you won’t have to do this kind of work anymore. Trust me.”

How can he say no? While Joe takes a break, Plex spends some time in the office “centralizing” his data. He’s not quite sure how she does it, but sure enough, she frees up Joe and his entire team from the most tedious, time-consuming parts of their jobs.