Is Blockchain the Next Great Disruptor? 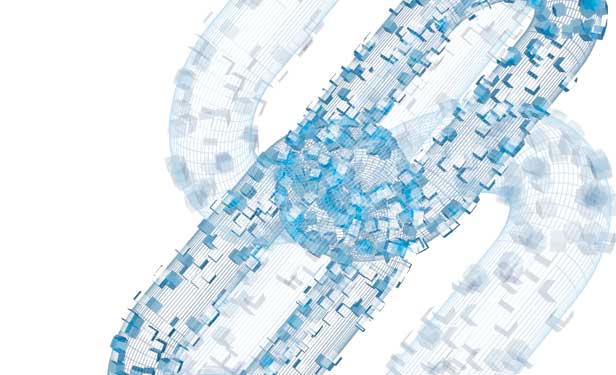 As global trade gets more complex, a new technology offers potential to reduce costs, but it also poses serious questions.

Blockchain Disruptor-Global trade is an enormous commercial ecosystem. According to the World Trade Organization (WTO), this ecosystem is valued at more than $22 trillion. In order to facilitate these cross-border product and service flows, trade requires financial complexities and transfer of ownership processes. And despite the size of the global trade market, much of the system relies on antiquated processes that are ripe for disruption.

According to The Economist magazine, the last major disruption to global trade was the standardization of shipping containers in 1956. Invented by American transportation mogul Malcom McLean, the standard shipping container replaced nonconforming crates and boxes previously used by individual companies around the world.

While this innovation helped facilitate the growth of global trade, it happened more than 60 years ago. The cross-border movement of goods still requires thick stacks of paper to transfer ownership and pass through customs and border controls. Per the World Economic Forum, moving a shipment of roses across borders could require a stack of papers almost 10 inches thick. And trade finance continues to be an opaque process, which can exclude small and medium-sized businesses from participating in the global marketplace.

Trade is about to be disrupted by one of the more controversial new technologies on the market: blockchain. It promises to be one of the most revolutionary changes to global trade since the standardization of shipping containers. The World Economic Forum estimates that the financial and time savings generated by the implementation of blockchain applications and solutions could increase global trade by more than $1 trillion.

Blockchain technology and its applications are still in their infancy. Approximately a decade old, the first major blockchain innovation was the launch of bitcoin in 2009. And while blockchain has sometimes been undeniably tied to bitcoin, it’s becoming clear that there are many more uses for the technology other than cryptocurrency. According to some experts, blockchain is to bitcoin what the internet is to email – bitcoin is but one application within the blockchain universe. Industries and functions like healthcare, financial services, government record keeping and supply chain security could all be revolutionized by this new technology.

The economics behind adopting blockchain