By 2018, the number of IoT devices will surpass mobile phones in the greatest number of connected devices, so putting strains on mobile networks, according to new figures from Ericsson. The increasingly rapid adoption of IoT hold several challenges for IT departments.

Between 2015 and 2021, the internet of things(IoT) is expected to grow at a compounded annual growth rate (CAGR) of 23%, comprising close to 16 billion of the total forecast 28 billion connected devices in 2021.

The rapid growth and expansion also means that IoT devices are poised to surpass mobile phones as the largest category of connected devices in 2018, bringing with it a host of security and IT management challenges, according to new figures from the latestEricsson Mobility Report.

Massive IoT connections are characterized by high-connection volumes, low cost, low-energy consumption requirements, and small data traffic volumes. This means that these types of IoT connections can include a wide-range of categories, including smart buildings, transport logistics, fleet management, smart meters, and agriculture. 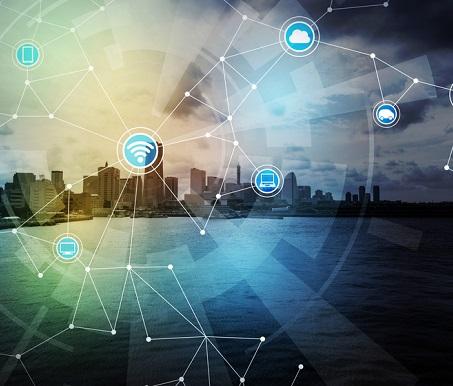 The Ericsson report notes that many things will be connected through capillary networks, which will leverage the ubiquity, security, and management of cellular networks. The result could create a lot of opportunity for IT, as well as challenges related to security and management.

Currently, about 70% of cellular IoT modules are GSM-only, with network mechanisms being implemented to foster extended network coverage for low-rate applications.

This transformation will be achieved by reducing complexity and limiting modems to IoT application capabilities. Evolved functionality in existing LTE networks, as well as 5G capabilities, are expected to extend the range of addressable applications for critical IoT deployments.

A separate report from CompTIA found 23% of channel companies report that they have already made money from IoT offerings, compared to only 8% in 2015.

Looking forward, one-third of channel firms expect to make money from IoT in the next 12 months, but stumbling blocks to widespread IoT deployments remain, and they’re projected to exist for the foreseeable future.

In particular, concerns about costs and return on investment, as well as technical hurdles and liability, privacy, security, and other regulatory matters are some of the major inhibitors.

Another hurdle to better IoT adoption that the Ericsson reported highlighted is that number of mobile subscriptions exceeds the population in many countries, largely due to inactive subscriptions, multiple device ownership, or optimization of subscriptions for different types of calls.